Two worlds collide when China invades Iran over oil, and when one lonely man, sitting on a beach in Portugal meets a mystery woman who reveals that he alone holds the answer to stopping the nuclear confrontation coming in less than 24 hours.

Molndal, Sweden, December 04, 2014 - Since its publication just two months ago, by Netherworld Books (UK), Twilight Visitor has already been described as “…a high concept thriller that is comparable with the best of Dan Brown or Jack Higgins.” says novelist, David Luddington. 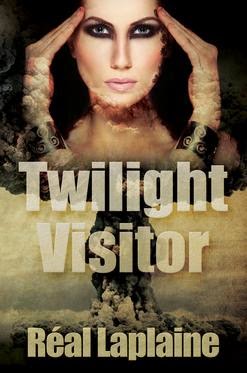 Book-Reviewer.com says this, “The story races along with (the) pace of a Tom Clancy thriller…”

Twilight Visitor is a global thriller which depicts an all too-real energy-desperate China shocking the world with its sudden invasion into Iran to secure its oil. Meanwhile, a lonely man sits on the beach of his home village in Portugal, trying to resolve his dysfunctional personal life, when he meets a strange mystery woman who informs him that because of his special field of knowledge that he alone holds the answer to an impending and inevitable global nuclear war which is about to occur.

Two worlds collide, as the Sino-Persian conflict escalates in just 24 hours into a global debacle, and as this one man comes head-to-head with the ghosts of his own past, fighting to hold onto a shadow of himself while refusing to do anything about the approaching crisis. A high tech, high-octane, adrenaline-pumping thriller with political and philosophical insights which pose many questions.

About the Author:
Réal Laplaine has authored eight books, mostly in the genre of thrillers and techno-thrillers. While he currently lives in Sweden, he was born in Canada. His roots however trace back to Spain, where his grandfather was born and raised, and thereafter emigrated to Canada where he married an indigenous Indian. Thus it is no surprise that a good part of Twilight Visitor takes place on the coastal region of the Iberian Peninsula.