“How to Use Negotiation and Mediation Skills in Public Policy Advocacy” Symposium and Training at Mandell Gisnet Center for Conflict Management featuring California State Senator Bill Monning and a Policy Maker Panel on Friday, January 23, 2015

Seaside, CA, January 04, 2015 - The Mandell Gisnet Center for Conflict Management will hold a valuable full day event, “How to Use Negotiation and Mediation Skills in Public Policy Advocacy” Symposium and Training featuring Bill Monning, California State Senator, 17th State Senate District, Lead Speaker and Facilitator, the Honorable Fred Keeley and a panel of policy makers. The event will be held on Friday, January 23, 2015, from 9:00 a.m. – 3:00 p.m., including lunch, at The Mandell Gisnet Center for Conflict Management, located adjacent to the Monterey College of Law, 100 Col. Durham Street, Seaside, CA 93955, on the Former Fort Ord. 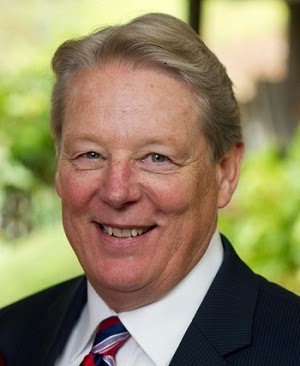 From local to national to international policy, a common skill set can be learned, developed, and practiced to advance policy objective related to environmental, land use, business, education, labor, healthcare, and other policies. This not-to-be-missed training program will include policy issue and advocacy planning and strategy development rooted in fundamental negotiation and mediation analysis and skills. Whether you work with a non-profit organization or represent stakeholders in the public policy arena, this important training will provide valuable tools for effective public policy development and advocacy.

The Symposium fee is $295 (private sector), $175 (non-profit organizations), $150 (students with ID), Discount for Groups of 5 or more. California State Bar attendees qualify for 6 hours of MCLE credit for participation in the Symposium. Space is limited so register early. For more information and to register for the Symposium, go to www.mandellgisnetcenter.org or call (831) 582-5234.

Policy Maker Panel:
Honorable Sue McCloud, Former Mayor of Carmel-by-the-Sea
David Stoldt, General Manager, Monterey Peninsula Regional Water District
Mary Claypool, President, NAACP/Monterey County Branch
Cesar Lara, Executive Director of both Monterey Bay Central Labor
Council and Central Coast Citizen Project
According to Senator Monning, “In my experience as an attorney, non-profit director, advocate, and elected official, I have seen a range of styles and techniques advanced in public policy advocacy. It is my belief, that we can all improve and hone our skills to be more effective and successful in the public policy arena. Our particular subject matter expertise does not always qualify us to be effective as advocates in the public policy arena and this Symposium will provide some important skills for all of us.”

Speaker Bios:
State Senator Bill Monning
Senator Monning was the founding Executive Director of the Mandell Gisnet Center for Conflict Management and is a distinguished Professor of Law at the Monterey College of Law.

He also served as Professor of International Negotiation and Conflict Resolution at the Monterey Institute of International Studies. Bill has worked with the United Nations Commission on Trade and Development (UNCTAD) as a trainer in trade dispute negotiation and is a co-founder of Global Majority, an international non-profit organization committed to education, training, and advocacy in the field of non-violent conflict resolution. Bill currently serves in the California State Senate, 17th Senate District representing Santa Cruz and San Luis Obispo counties and parts of Monterey and Santa Clara counties.

The Honorable Fred Keeley
The Honorable Fred Keeley has served as Treasurer of the County of Santa Cruz since 2005.
Prior to his service as Treasurer, Fred served as Executive Director of the Planning & Conservation League, and the PCL Foundation, both environmental organizations that are established leaders in the research, development, and enactment of major environmental protection policy. From 1996 through 2002, Mr. Keeley represented the Monterey Bay area in the California State Assembly. As the highest-ranking member of the Speaker’s leadership team, Fred was responsible for analysis and management of the majority’s policy initiatives. His legislative leadership during the California Energy Crisis is credited with stabilizing electricity prices and electricity supply. Fred currently serves on the Chairman’s Task Force at the Fair Political Practices Commission. He also teaches at California State University, Monterey Bay, as is a frequent lecturer at the Panetta Institute for Public Policy

Mary Claypool
Mary Claypool is the current President & Board Member of the Monterey County Board of Education, Trustee Area 6, and is current President of the Monterey County Branch NAACP in 2013 & 2014; former Chair (3 1/2 yrs.) She also is currently a Board Member of the Central Coast Visiting Nurses' Association and Hospice. She received the 2014 Monterey County Woman of the Year Award and the 2014 Visiting Nurses' Association & Hospice Woman of the Year Award. Mary worked for the City of Seaside for 20 years in finance, redevelopment, community development and economic development. She also worked for the County of Monterey in economic development for 17 years and as Executive Director of the Monterey County Business Council for five years. While at the County of Monterey, in 2003, she developed the very successful Monterey County Competitive Clusters Project, bringing together over 300 business and community leaders across agriculture, tourism, education building and technology. The program is still active and continues today to provide cross-pollination of industries, job creation and workforce development programs. Mary was on the Seaside Planning Commission for six years, serving as Chair for 4 years and other numerous non-profits.

Honorable Sue McCloud
Sue McCloud was the longest serving Mayor of Carmel-by-the-Sea from 2000-2012. In 2013, she was appointed by city council to serve on the Planning Committee for City Centennial in 2016. Prior to her work in Monterey County she served as a member of the Senior Intelligence service of the Central Intelligence agency from 1964-1994. Upon retiring in 1994 she moved back to her roots, Carmel-by-the-Sea, and immediately got down to work. She was on the Board of Director of Monterey Institute of International Studies and chaired its Planning Committee, was a member of the Carmel Planning Commission and the Board of the Carmel Music Society. In 1998 Sue joined the Monterey Regional Waste Management District and also was elected to the Carmel City Council. She became Director of the MRWMD (Monterey Regional Waste Management District) and continues to this day as vice chair.

Cesar Lara
Cesar Lara has served as the Executive Director of both Monterey Bay Central Labor Council and Central Coast Citizen Project. He be began his service to the Central Coast Citizen’s Project in 2010 and MBCL since 2006. Mr. Lara has previously served at the State Director for La union del Pueblo Entero from 2004-2006 and worked Representative Sam Farr in US Congress from 2002-2004. For the past four years Cesar has also been the Treasurer Secretary for Teamsters 809.

David Stoldt
David Stoldt joined the Monterey Peninsula Water Management District as General Manager in September 2011. He has over 20 years of experience in the public infrastructure sector, including investment banking and consulting to public agencies. Dave has also served in various positions in the public sector, both appointed and elected, leading to an understanding of how to achieve results amidst the delicate balance of public and political interests. He served MPWMD as a consultant several times over past two decades, including the Regional Desalination Project proceedings at the CPUC in 2009, Carmel River Dam investigations in 1997, and he was lead investment banker for the public-private Water Reclamation Project benefitting Pebble Beach in 1992. He has worked on 40 other public agency projects totaling over $3 billion, including the Castroville Seawater Intrusion Project, the Monterey Regional Waste Management District, and Pajaro Valley Water Management Agency.

The Symposium and Training will cover the following topics:
Review of fundamentals
- Identifying preferred outcomes and objectives
- Mapping stakeholder interests
- Identifying those who influence decision-making
- Stakeholder interests and constituencies
- Options for success
- Alternatives to Pursuit of policy reform or action
- Use of research, understanding history, objective criteria

Engaging Elected Officials and Staff
- Who has the authority?
- Is there a legislative solution? Other solution?
- Planning meetings
- Role of Staff
- Use of “leave behinds”
- Follow-up and negotiations

The Mandell Gisnet Center, housed in remodeled LEED Platinum Ford Ord buildings in Monterey County, California, was founded with the vision that conflicts can be resolved in a peaceful, amicable manner and without expensive, protracted, and damaging legal battles.In 2005, Maurice Mandell and Rebekah Gisnet left a bequest to the Monterey College of Law as a result of their personal challenges related to the legal system. Their bequest was used to form MGC. Though they lived in a beautiful area and had significant resources at their disposal, Maurice and Rebekah spent the last years of their lives involved in a bitter legal battle over a property dispute with their neighbors. They spent many years fighting in court, but neither party ever found a satisfactory resolution. At the end of their lives, as they looked back on the wasted time, energy, and money spent on that dispute, they concluded that there had to be a better way. They resolved that a large portion of their estate would be given as a bequest for the creation and promotion of mediation and training services through Monterey College of Law. MGC has fulfilled this vision by offering a variety of ADR education and services, including mediation. The mission of the MGC is to:
- Promote and apply a mediative, empathetic, problem-solving approach to reduce and resolve conflict
- Train Monterey County and tri-county residents to resolve disputes collaboratively in their homes, workplaces and community
- Offer a variety mediation services to Monterey County residents regardless of their ability to pay
- Promote mediation as an alternative to hostility, court battles, and violence
- Educate law students and attorneys in mediation, and engage them in community service to resolve disputes

One popular MGC program involves their NEIGHBOR Project mediation services, a dispute resolution process in which an impartial panel of mediators facilitates a conversation in a safe and respectful environment. The mediators do not make decisions about the outcome and the participants themselves work towards a solution with which they are comfortable.