The Monterey Museum of Art (MMA) is pleased to announce the appointment of Stuart A. Chase as its Executive Director. Chase officially assumed the role on April 24, 2017.

Monterey, CA, July 19, 2017 - The Monterey Museum of Art (MMA) is pleased to announce the appointment of Stuart A. Chase as its Executive Director. Chase officially assumed the role on April 24, 2017.

"The Board of Trustees is thrilled to welcome Stuart to the Monterey Museum of Art,” said Kim Negri, MMA Board President. “With over 30 years of museum experience, Stuart is an accomplished, creative, community-minded leader and has the vision and knowledge to carry MMA into the future.” 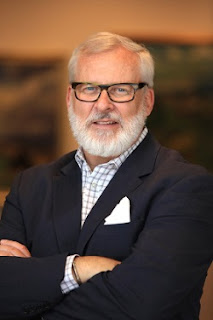 As President and CEO of HistoryMiami Museum from 2013-2017, Chase led development of programs and exhibitions for expanded facilities to serve the public, including 135% growth of additional museum space.

As Executive Director of the Berkshire Museum in Pittsfield, Massachusetts, from 2005 to 2011, Chase focused on community partnerships by engaging area cultural organizations, and led a $10.3 million capital campaign for physical improvements to the art museum.

“I will be focused on engaging audiences with the visual arts of California and in particular the Monterey Peninsula. The Monterey Museum of Art holds a fine reputation in the museum field,” says Chase. “I am delighted to lead MMA into the next phase of growth, and showcase this unique American art community. The Peninsula is a beautiful region, with a strong local identity — a heritage of creative people located far enough from urban centers, but close enough to nature for lively intellectual exchange.”

Originally from Palmer, Massachusetts, Chase graduated with a bachelor's degree in fine arts from Virginia Commonwealth University in Richmond, Virginia. His first position in the arts was as Assistant Director at Museum of the Southwest in Midland, Texas.

A lover of the outdoors, Chase and his wife Julie are excited to land in an area of such natural beauty.

“I love the outdoors and the natural world and this area is stunningly beautiful,” Chase says. “I'm a nature buff. I love gardening, kayaking and skiing. We also love the ocean and beaches. And I actually prefer the cooler weather.”

Chase and his wife found a home in New Monterey, which allows them to walk to the Rec Trail, Cannery Row, Fisherman's Wharf and downtown to explore the community.

“It has a very comfortable community feel to it,” he says. “I can easily see why the Monterey area became an art colony.”

As for the “next phase of growth” for MMA, Chase said he wants to build the Museum's programs and exhibits and “reinvigorate the exhibition cycle.” But first he wants to take the pulse of the community.

“I'm a curious learner,” he says. “I want to know what the community wants and what it wants to happen with the Museum. I just want to be as open and accessible as possible."

At the Rockwell Museum of Western Art in Corning, New York, he managed a $10 million capital improvement campaign of the historic museum building, and led acquisitions of major American regional regional artworks.

Additionally, Chase has served with the Raynham Hall Museum in Oyster Bay, New York; and the Sterling and Francine Clark Art Institute in Williamstown, Massachusetts, and was CEO of 1Berkshire.

In addition to his bachelor's degree, Chase participated and completed master's degree coursework in Arts Administration at Long Island University in Brookville, New York. He was a Bohlen Scholar at Attingham Summer School in England, and attended the Summer Institute in Management of Non-Profit Institutions at New York University.

About the Monterey Museum of Art
The Monterey Museum of Art expands a passion for the visual arts and inspires appreciation of California Art — past, present, and future. The Museum recently hosted the exhibit “Edward Weston: Portrait of the Young Man as an Artist” as the opening venue, and debuted “Who Shot Monterey Pop! Photographs from the 1967 Music Festival” on June 2, 2017.

The Monterey Museum of Art connects art and community, with an emphasis on participatory experiences built around the Museum’s strong collection of California and regional art. Exhibitions and programs of the highest quality are designed to engage and inspire visitors.

The Museum was established in 1959, to uphold the artistic legacy of the region by collecting, preserving and presenting art of California and the Central Coast. Originally a chapter of the American Federation of the Arts, MMA remains the only nationally accredited museum between San Jose and Santa Barbara.