Orlando, FL, January 19, 2018 - Singer-songwriter Ashley J is getting ready to release her title-track “Satisfied” January 26thfrom her upcoming Spring EP. “Satisfied” follows the lead of two incredible singles already released, “Trapped” and “Unbreakable.” With the success of these two singles, being released through her label Bombshell Music, Inc., “Satisfied” is slated to live up to its name. 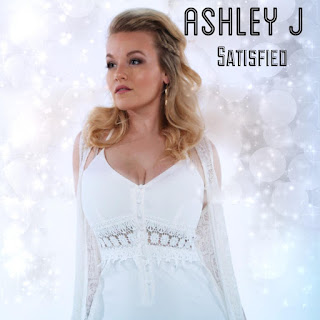 “Satisfied” marks the most experimental track on the forthcoming EP release thus far. Recorded in Canada with producers Adrian and Lucas Rezza, the track is much more geared toward her growing dance and electronic music fans. The track itself continues to showcase Ashley’s powerhouse vocals, and her songwriting variety. Ashley herself describes the single as “…the point in any relationship where everything is perfect and being on cloud nine. Almost like a euphoric state of mind.”
The new single adds to the narrative created by already released tracks “Unbreakable” and “Trapped” as the explorative follow up to the narrative of a young woman realizing her potential in all aspects of life. As she said in a recent interview with Celebmix, “Be yourself. Show people who you are and what you want to represent. And if you don’t have it figured out, don’t worry. No one else does.”

“Satisfied” is a poppy domineering and captivating number that liberates her in an entirely new way. Fitting nicely with her already released singles, it’s another step on her journey of empowerment. Her vocals shine euphorically over a glitch synth pop beat in the breathtaking chorus.

The 3-time Billboard charging artist is no stranger to the attention as her most recent single “Unbreakable” charted at #2 and “Trapped” had its incredible 5-week #1 long run on the European Independent Chart. Ashley J. has been cranking out impressive feats as a new independent pop music artist.

About Ashley J:
Growing up in Orlando, the multi-talented songwriter/singer was influenced by Celine Dion, Whitney Houston, Michael Jackson and her all time musical hero, Dolly Parton, Ashley J started songwriting and singing at a very early age. Her musical style intertwines unapologetic pop with enticing electronic melodies. She earned a BA degree in Business Law from the University of North Texas and attended the Dr. Phillips High School of Performing Arts in Orlando, where she scored leading roles in theatre, dance and musical productions.