Los Angeles, CA, February 08, 2018 - Southern California based and female-led rock group Dynamos are set to release their latest single “Knowledge” to online retail outlets worldwide on Feb 23, 2018. The moody, driving song will also be accompanied by a performance music video with all audio tracked live. This video (and its alternate audio of “Knowledge”) will be released on February 16th – one week in advance of the studio version’s release. 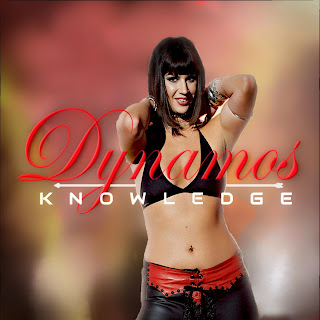 The opening bass, guitar, and drums of “Knowledge” suggest a sense of mystery which only grows as vocalist Nadia E begins her sultry and powerful delivery. The song’s lyrics further the mystery as the verse continues – culminating in the emphatic, “There’s a lot you don’t know about me…” A guitar solo, provided by Jacob Mayeda adds excitement and provides one of the song’s most important dynamic peaks. With the song’s energy continuing to drive right through its final note, “Knowledge” provokes listeners to question what they know while remaining true to Dynamos’ rock ‘n roll sound.

The performance music video was filmed in Los Angeles, CA, and features an all-new live recording of “Knowledge”. The band’s chemistry is on full display as audiences far and wide can get a sneak peek into the high-energy and fun Dynamos live show. Each member of the band brings a whole new dimension of musicianship to the video – proving that Dynamos’ own ‘knowledge’ of music sets them apart from emerging bands in the ever-crowded Los Angeles market – and beyond.

About Dynamos:
Introducing a contemporary blend of traditional and modern rock music, Dynamos burst into the scene in 2017 with their debut EP, Cold Comfort. With their vibrant, striking instrumentals and passionate call and response, this American rock band intends to share their knowledge and love of music to the masses. Dynamos is led by front-woman and lead vocalist, Nadia E. She is accompanied by Nick Schaadt (music director, bass), Jacob Mayeda (lead guitar), Ian Nakazawa (drums), and Carlos Barrera (lead guitar). Nadia E. is known to rock the house with her soul-shaking voice and visual storytelling. Together, Dynamos combine technical expertise with pure raw energy to deliver a unique and captivating listening experience.