Los Angeles, CA, April 11, 2018 - On “Watch It Fall,” pop-folk artist Joseph Eidtells the story of a life lived as a spectator, an existence filled with perception, insight, empathy, and, of course, sadness. The song is told from the perspective of someone who’s lived in the same building for years, something they never intended to let happen. And yet, mingled with the regret of a static existence is the beauty of knowing a place so well, and feeling a profound connection with that shared history. Hardships become strengths. 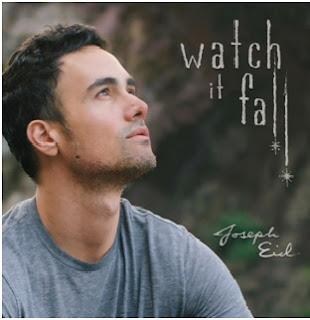 Set to lovely and light guitar strings and a melody which marries quiet joy with melancholy, this is Eid at his most honest. The music video, filmed and directed by Patrick McPherson, brings the vision behind the music to life. On half the screen, we see Eid – on the other, we see what he witnesses: lives unfolding amongst his building’s shared hallways, gardens, and laundry rooms, turning corners and stepping through doorways. From these lives, in this place, he draws inspiration. Even if he isn’t in his ideal place or circumstance, his art blossoms.

On April 13, 2018, you can watch Joseph Eid’s “Watch It Fall,” a touching new video release from one of indie folk’s most thoughtful artists.

About Joseph Eid:
Since the release of his Human LP, Folk-Pop artist Joseph Eid has been garnering considerable buzz. American Songwriter Magazine featured him in its “Best New Music” column, and he was named as one of the 100 Hottest Live Unsigned Artists by Music Connection Magazine. The magazine also reviewed his latest EP release “Watch It Fall” and described him as “an engaging storyteller (a la Jason Mraz) with a keen eye for character.” His song “It’s Only Love” is in the new Universal Studios film All I Wish, starring Sharon Stone.

Eid was raised in a strict, traditional home. The arts were only supported as a hobby -- never a career.But destiny prevailed. After his first semester in medical school, his dreams got too big to contain.Eid dropped out. Hemoved to New York City to pursue music.

He picked up a guitar. He joined a band. He moved, again, this time to Los Angeles. Shortly after, he began working with world-renowned guitarist/songwriter, David Lamar, honing his songwriting at weekly showcases at the Stone Bar. This led him to write dozens of new songs as well as record a debut EP, Cardiac Output, followed by a full-length LP, Human. He has a residency in Downtown LA at Bar Mattachine, where he performs when he’s not touring nationally.