LOS GATOS — Since 1975, Mehus Construction has set a standard of quality that is unmatched among Bay Area custom home builders.

Los Gatos, CA, September 29, 2019 — Since 1975, Mehus Construction has set a standard of quality that is unmatched among Bay Area custom home builders.

It began with a clear vision from founder Paul Mehus, who believed in building strong relationships with clients and running his business like a family. That collaborative approach has led to a stunning, visual résumé of custom homes across the Bay Area landscape. 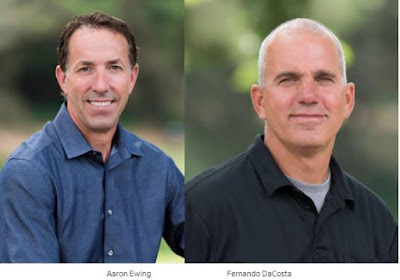 Paul Mehus passed away in May of 2019, but his legacy of honesty, integrity and craftsmanship never wavered following his retirement in 2011.

Ewing literally learned the business from the ground up, starting at Mehus on the demolition crew in 1991. Ewing quickly transitioned into other roles, including carpentry, painting, project estimating and, ultimately project management. During these transitions, his field skills were enhanced by construction management studies at San Jose State University.

Ewing’s advancement to company president also brought current VP Fernando DaCosta into the fold. He joined the team in 2011 as a project manager, developing strong relationships with subcontractors and homeowners. The son of a real estate developer, DaCosta grew up in Southern California helping his father flip homes as part of the demo crew. “My dad taught me to work through challenges and do things right,” DaCosta notes.

A former member of a U.S. Navy search-and-rescue team and later “hot shot” helicopter crew member for the U.S. Forest Service, DaCosta embraces the importance of teamwork and family. His role as VP and business partner involves business development, quality control and “connecting with people.”

Together, Ewing and DaCosta have assembled and nurtured a team of professionals that maintain a strict standard of quality and craftsmanship. It involves a relentless pursuit of perfection, a healthy respect for communication and a vow to earn and preserve every client’s trust.

Find out more at www.mehus.com.