New York, NY, November 26, 2014 - Venerable a cappella ensemble SWEET HONEY IN THE ROCK will kick-off the holiday season with a series of themed concert performances entitled SWEET HONEY IN THE ROCK: CELEBRATING THE HOLYDAYS. The seasonal presentation, which comprises inspirational and spiritual holiday music from around the world has been presented annually for several years will cap the ensemble's celebration of their 40TH Anniversary this year. 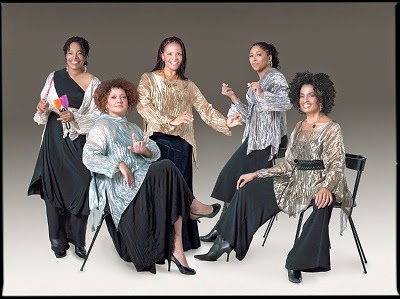 CELEBRATING THE HOLYDAYS is a rare fusion of traditional American holiday spiritual songs and hymns, as well as songs from other cultures and religions, ranging from Africa to Israel. The show includes songs from their Nativity Suite collection, which the group wrote and produced for the American Bible Association video series, including “Jesus, What A Wonderful Child,” and “Children Go Where I Send Thee.” It also features notable Sweet Honey classics such as, “We Are,” “Let There Be Peace,” and “Chinese Proverb.”

Sweet Honey will kick off their holiday run at the Flynn Center in Burlington, VT on December 4th and will make their final appearance of the year at the New Jersey Performing Arts Center in Newark, NJ on December 20th.

The complete list of dates are listed below. For further information about SWEET HONEY IN THE ROCK, go to www.sweethoneyintherock.org.