Big Sur, CA, November 13, 2015 - The Big Sur Foragers Festival announces its Grand Chef Dinner at Ventana Big Sur The "Foragers Dinner" at the Restaurant at Ventana will be held Saturday, January 16th, 2016 beginning at 6:00 pm. The multi-course dinner, destined to be a memorable feast paired with an incredible wine selection, costs $175.00 per person (as of December 1). Early bird tickets are on sale now through November 30th for $150.00.

Guest Chefs have been announced! Suzette Gresham, Acquerello’s co-owner and Executive Chef along with Paul Corsentino from Ventana Big Sur. 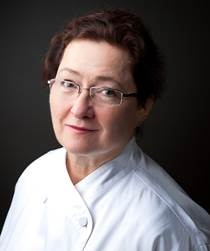 Suzette Gresham, Acquerello’s co-owner and Executive Chef, has had a profound impact on the culinary world over the course of her over 35 years in the kitchen. Her career is one that has been punctuated by numerous awards and accolades from both local and international institutions. In 1980, she was the first female apprentice to be on the U.S. Culinary Olympic team, returning as an individual competitor 4 years later, and taking home the bronze metal. She holds the coveted Antonin Careme award, and was honored to become the first Junior Member of the ACF, later being voted to the Board of Directors for three terms. Acquerello has held a spot every year on Michael Bauer’s Top 100 Bay Area Restaurant List since it’s inception 19 years ago. The restaurant has received a Michelin star every year since 2007 until 2014 when it was awarded a second star. Gresham is only the third woman in the U.S. to hold that title. While these prestigious achievements are a source of pride for Gresham, they are not the driving force behind her career, food –above all else is what keeps her in the kitchen. Gresham produces more than just meals at Acquerello, she and her team provide experiences for the diner that are emblematic of what they could expect in high-end dining in Italy.

She does this through her dedication to elevated hospitality, the execution of soulful and thoughtful dishes, and a mission to educate and inspire all those who come through the door. “Materia prima”, or quality ingredients, along with seasonality, tradition, and philosophy are the driving forces behind Gresham’s style. She believes that Italian cuisine has a timelessness that doesn’t rely on trends. She remains current, however, by listening to diners, maintaining an awareness of her marketplace, and revitalizing forgotten classics through interpretive applications. Just as ingredients have been a pillar in her cooking, education has been a hallmark in her legacy. Gresham strives to make Acquerello all about opportunity. Her tenacious attitude, sincerity, undeniable skill, and constant appetite for knowledge are what helped her rise through the ranks. She didn’t realize she was a pioneer at the time; she just wanted to learn and progress in her career. Gresham has made her mark in the industry by highlighting the importance of culinary fundamentals in her team, stressing the importance of where you begin as a chef. It is with this philosophy in mind that Gresham has successfully passed 63 interns through her kitchen in the 26 years of Acquerello’s existence. It is her belief that without a strong foundation, in the long run you will short change yourself because of what you don’t know. It becomes exponentially harder to create new, bold flavor profiles or interpret the classics if you don’t first understand why techniques came to be, how traditions were started, and what role ingredients play in the regions from which they hail. “If you love your craft, it is your duty to learn all you can and then share that knowledge with the next generation. I relate to other chefs young and old – at the end of the day we are all just cooks.” 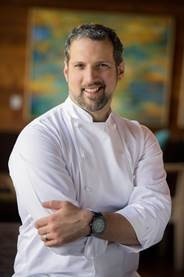 A native of Illinois and a graduate of the California Culinary Academy in San Francisco, Corsentino’s first foray into the kitchen led him to mk The Restaurant in Chicago in 2002. In 2004, Corsentino moved to New York where he worked at acclaimed restaurants such as Bouley, Country, Alta and Rouge Tomate prior to his career defining position as the Executive Chef at the National Bar & Dining Room.

Corsentino met Zakarian when he became Sous Chef at Country in 2005, where he was a member of the opening team. In 2010, Corsentino reunited with Zakarian as the Executive Chef at The National Bar & Dining Room. During the 3 years at the National, Corsentino landed runner up for Eater.com’s “Sexiest New York Chef.” He then assisted Zakarian in winning the 4th Season of Food Network’s “The Next Iron Chef, Super Chefs” in December 2011.

The move to California in 2014 was inspired by the dream to cook in the seasons, the quest for fresh local ingredients and, of course, sunny winters. Corsentino joined Commune Hotels and Resorts as the Executive Chef at Ventana Inn & Spa in Big Sur. The food is representative of the location featuring ingredients such as local foraged mushrooms and wild caught fresh yellowfin tuna. In his first year at Ventana, Corsentino has put the restaurant on the map as a food destination in its own right.

Purchase Your Tickets Today For The Big Sur Foragers Festival 2016

Save the dates of January 15th through 17th, 2016. Big Sur area restaurants will host the culinary expertise of notable chefs preparing unique fare from rustic to elegant, paired with the region's amazing selection of wines and beers.

The event also serves as a fundraiser for the Big Sur Health Center. The community's non-profit health center will receive the proceeds from the foraging events to support the continued presence of local health care services.

In addition to the Grand Chef Dinner, the event schedule includes:

Sunday, January 17th:
• 11 a.m. Sunday morning - Property forage hike and lunch with Chef John Cox. Guest will enjoy an exclusive property wide tour of Post Ranch Led by Executive Chef John Cox followed by a 3 course lunch with wine pairing featuring items foraged on property and local wines. Limited to 16 people at $200 per person. Reservations made at 800 527 2200.This hike is weather permitting.
Back by Popular Demand:

• A silent auction full of culinary delights, hotel stays, tickets to explore the area, art and so much more will take place during the food and wine sampling. There will be more than 60 items this year! Purchase raffle tickets for $5 per ticket of $25 for 6 tickets. Enter to win your choice of 7 culinary delights or hotel packages! Raffle package values begin at $200 to $700! Tickets available for purchase at the event.

Sunday, January 17th:
• Forager's Kitchen: Master Class in Cooking - Foraged Foods at Home at the Big Sur Lodge: A fun, fast-paced panel of some of Big Sur and Carmel's best chefs known for cooking with such foraged foods as chanterelles, sorrel, nettles and natural sea salt. Participants will get to taste the foods demonstrated by the chefs and take new recipes home. Chefs to be announced. (Sunday, January 17 - 2 to 4 pm) - Tickets will be on sale December 1st. Only 50 spaces available.