This South African sensation won “Best Afro-Pop Artist” at the SACRA Awards following the release of his debut album, “Reminiscent of the Sounds.” Gearing up for his second full-length album, C’nky releases his second single which truly displays C’nky’s well-rounded music capabilities as a vocalist. 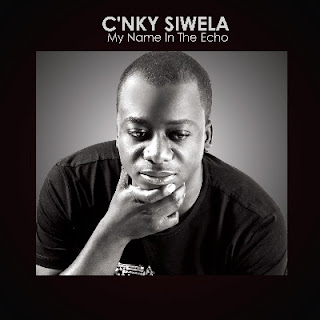 “My Name in the Echo” drifts away from his first electro-pop release, “Distant Cry,” and dives into a breaking wave of tropical guitar riffs that are blended into a deep house track. C’nky’s soulful vocals express a sense of struggle and disorientation while patiently waiting for “the voice of reason” to guide him. The track relates back to when C’nky was initially trying to discover himself as an artist. He was continuously being discouraged from others around him and started to be surrounded by negative forces that led him to even worse experiences. However, C’nky regained his strength and found enlightenment that guided him out of his lull. This song is intended for anyone with disarrayed feelings and is meant to inspire listeners to always believe in the vast amount of possibilities.

Not only does the song motivate listeners to think positively, but it is the type of track to encourage everyone within listening distance to sway to the upbeat tune and release their inhibitions, fears, and doubts. “If it’s possible for me, it is possible for everyone,” C’nky says. This peaceful, paradise get-away track can help ease and motivate the mind.

“Music is my calling, hence the name of this song I present; titled ‘My Name in the Echo.’ This serves as an inspiration to whoever is trying to quit and to listen to the voice of reason. The song talks about my struggle before I discovered my real place to express myself as an emerging Electro Pop/ Jazz Artist,” says C’nky.

C’nky Siwela’s new full length album release is expected to drop in early 2016, further demonstrating his impeccable talent. With his capabilities of incorporating jazz instrumentals into electro-pop, C’nky is definitely an artist to keep an eye out for.