“She Don’t Believe in Love” marks the first single from Charles’ forthcoming full-length album ‘Something to Make You Feel Good,’ available April 15.

Los Angeles, CA, April 08, 2016 - Charles Wright, soul music legend, author, and founding member of the Watts 103rd Street Rhythm Band has released a new single, “She Don’t Believe in Love” from his forthcoming solo album, Something to Make You Feel Good. The single’s accompanying music video will be released soon via Charles Wright’s official YouTube channel. This single from the writer of the 70’s hit “Express Yourself” features a funky blend of classic and contemporary sounds that will excite new old and new fans. 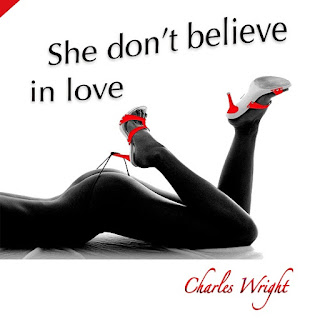 Set to release on April 15th, Charles Wright’s newest effort, Something to Make You Feel Good is one of the year’s most anticipated soul/funk/R&B albums. The 13 tracks showcase Charles’ legendary songwriting as well as his understated guitar lines and vocals. The lead single “She Don’t Believe in Love” is storytelling of a relationship and their attempts to reconcile their love. Wright conveys the pain of this situation not only through percussive guitars but also through his expressive vocals, which shine in a way that belies Wright’s fifty-year career in the music industry. The album will be released on Charles’ own label, A Million $ Worth Of Memories Records.

With the release of his first autobiography in a planned series of memoirs earlier this year, Charles Wright has become a critically acclaimed author. The book, entitled “Up From Where We’ve Come” tells the story of Wright’s upbringing in rural Mississippi in the 1940’s and early 1950’s. Howard Dukes of Soul Tracks raves that even though the book’s focus is removed from Wright’s music, “the story that he has to tell sings in its own way.”

You can find the book on Amazon or at ExpressYourself.net

About Charles Wright:
Best known as the leader of `70s soul group The Watts 103rd Street Rhythm Band and the composer of the enduring R&B smash “Express Yourself,” Charles Wright has evolved into a tireless watchdog of African American history. In the 1960’s and 70’s Charles Wright recorded five LPs with The Watts 103rd Street Rhythm Band and one solo LP for Warner Bros. (Poetry & Rhythm – 1972) followed by three for ABC-Dunhill. In the `90s, Wright started his own label, A Million Dollars’ Worth of Memories Records, which has released 10 albums of Charles’ music. In addition, Charles possesses a wealth of knowledge, experience and anecdotes – humorous to profound – that make him a compelling personality for interviews, panels and multi-media platforms.