Self Titled EP Available this Summer

Nashville, TN, April 21, 2016 – Emerging country artist Cody Webb will release his new single “More Than A Little” April 22nd. The country musician and singer-songwriter gears up for his summer EP release with his highly anticipated love song; giving fans a sneak peak of his upcoming self-titled six-song release, due out June 2016.

Hailing from South Carolina, Cody Webb kick-started his career by taking guitar lessons at the age of eight. As a child and young teenager, Cody toured local festivals and events with his father, Eddie Webb (an accomplished singer/songwriter) and his band. Cody now resides in Nashville, TN where he writes full time for ECK Publishing, a division of Monument Entertainment, LLC. 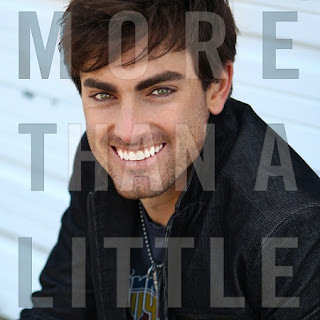 In addition, Cody has performed hundreds of tour dates nationwide with help from The Kinkead Entertainment Agency. His captivating live performances continues to grow Cody’s fan base across the East Coast, Midwest and beyond. In 2015, Cody performed in 58 cities at 100+ venues, alone. Performing live is at the core of Cody's artistry, whether it be for a packed house of familiar faces or winning over a handful in a new city. Cody Webb’s expressive tenor and deft guitar work even attracted management company, RPM who has worked with renowned country artists such as, Tim McGraw and Julianne Hough. RPM Management now represents Cody Webb in Nashville, TN.

Cody Webb anticipates his upcoming release with his first single, “More Than A Little.” The dreamy guitar introduction eases into Cody’s smooth, passionate vocals setting a romantic tone to the track. The singer- songwriter’s emotional touch is highlighted through his heartfelt songwriting. “Head Over Heels, falling into more than a little in love with you,” Cody sings. This stirring track is laced with touching lyrics and a beautiful guitar melody that breaks into a southern rock guitar solo. In support of his new release, Cody Webb released an intimate, acoustic version of “More Than A Little” which, will be followed by a lyric video releasing the end of April.

Watch Acoustic Version of “More Than A Little”