Alvarado Street Brewery was awarded three medals at the 2020 Great American Beer Festival (GABF) competition, the world’s largest commercial beer competition. The GABF, presented by the Brewers Association, recognizes the most outstanding beers produced in the United States The best beers in 91 beer categories covering 170 different beer styles (including all subcategories) were awarded gold, silver, and bronze medals during a virtual ceremony Friday, October 16, hosted on The Brewing Network. 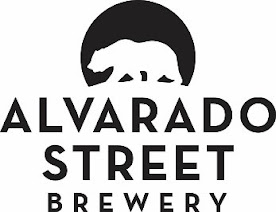 Alvarado Street was recognized with honors in three categories. Mai Tai PA, the company’s year-round hoppy offering, was awarded a Bronze Medal in the highly competitive American Strong Pale Ale category among 149 other entries. This is the fourth win for Mai Tai in the last six years at the competition. Additionally, Alvarado’s Double Cone placed top honors for the second year in a row in the Imperial IPA category with a Silver Medal among 166 other entries. Finally, the company’s kettle sour ale made with passion fruit, orange & guava known as Haole Punch received a Silver Medal in the Contemporary Gose category among 81 other entries.

“We’re over the moon to take home additional hardware at this year’s competition,” said Co-owner & Director of Brewing J.C. Hill. “Especially in such a weird year with the pandemic. It goes to show how dedicated, hardworking, and passionate our brew crew is. I’m incredibly grateful to go to work with these folks every day.”

Judges for the 34th edition of the celebrated competition evaluated 8,806 entries from 1,720 breweries from all 50 states plus Washington, D.C. Socially distanced judging took place in 35 sessions over 18 days with strict safety measures in place.

“This year’s GABF competition may have looked a little different, but the beers entered into the competition were as impressive and innovative as ever,” said Chris Swersey, competition manager, Great American Beer Festival. “This has arguably been one of the most challenging years breweries have ever faced, so we hope these awards serve as a symbol not only of brewing excellence but also the resiliency of the craft brewing community as a whole.”

For more information on the GABF competition, including a complete 2020 winners list and photos, visit GreatAmericanBeerFestival.com.