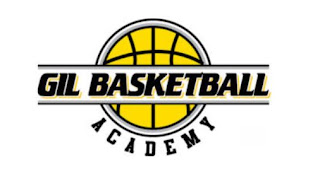 The youngest of seven children, Francisco was born in Sonora, Mexico, with the family migrating to Salinas when he was 4 years old. Like his siblings, Francisco was expected to work in the agricultural fields alongside his parents, who taught their children the value of hard work and education. Francisco graduated from Santa Clara University and UCLA School of Law in the inaugural class of the David J. Epstein Program in Public Interest Law and Policy. He has spent a distinguished career speaking up for the underserved.

Calling himself a “proud immigrant,” Francisco Silva learned the value of hard work and education at an early age. The youngest of seven children, Francisco toiled in the fields in and around Salinas alongside his siblings and parents. Also expected to make it through college, Francisco attended nearby Santa Clara University before graduating from the prestigious UCLA School of Law, where he served as an editor on the UCLA Chicano/a Latino/a Law Review. Always focused on representing the underserved, Francisco is now the youngest Latino General Counsel for the California Medical Association. He serves on the Board of Directors of Planned Parenthood Mar Monte, California Health Information Partnership & Services Organization and the Gil Basketball Academy.

Alma Medina is a pro-bono attorney in Bonita in Southern San Diego County, where she works to empower individuals in low-income and underserved communities.

Over a 20-year-plus career as a pro-bono attorney, Alma has worked with La Raza and the Mexican American Legal Defense and Education Fund, served as an associate with the law firm Connerton, Ray, and Simon, and has served two terms as an alumni representative to Stanford’s El Centro Chicano Guiding Concilio.

With a mission to empower the underprivileged, Alma has spent a distinguished career as a pro-bono attorney in Southern San Diego County. The Stanford University graduate was inducted into the Stanford Multicultural Hall of Fame during the 2019 reunion homecoming, honoring her work to empower individuals in low-income and underserved communities.