“Blue Room” is the second single from the album of the same name, and has been remixed by engineer NicoEssig

Buy on iTunesBuy on Amazon

Los Angeles, CA, August 04, 2017 – Pop singer-songwriter Jonathan Cavier is excited to announce the release of “Blue Room”, the second single from his recently-released album of the same name.The track’s music video is now available via Cavier’s YouTube channel. The video and single release of “Blue Room” features a brand new mix of the song by renowned engineer NicoEssig (Katy Perry, Paul McCartney, Goo Goo Dolls).This new mix (now available on iTunes)has a brilliant, shimmery quality that highlights Cavier’s vocal delivery and the song’s keyboard arrangements. A song about “hope for the hopeless,” “Blue Room” was inspired by the Picasso painting of the same name and tells the story of the woman in the painting as Jonathan imagined while viewing the renowned piece of art. 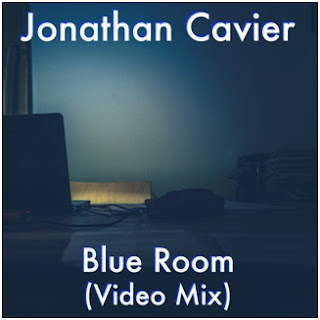 About Jonathan Cavier
Phoenix-based singer-songwriter and pop performer Jonathan Cavier is no stranger to writing catchy tunes that blend wide-ranging influences into a multi-faceted yet cohesive sound.Originally from Northern California,Cavier (“cav-AIR”) moved to Phoenix, AZ where he performed as Alan Clark in the atmospheric pop duo, EyeTalk. Over the course of 10 years and five albums, this venture saw their music reach international audiences in Italy, the UK, and Australia. After five albums and hundreds of shows played throughout the US, Alan Clark has reintroduced himself under the pseudonym Jonathan Cavier. With one solo album, Premier, already under his belt, Cavier further defines his sound on 2017’s 10-song release entitled Blue Room. In addition to his musical endeavors, Cavier is a semi-professional tennis player and a member of the USTA and IFT. Cavier says practicing and playing in tournaments is “the fountain of youth.”

For more information, to request an interview, or for a review copy of the “Blue Room” single or album, please contact: