"I believe the world is hungry to hear songs about love. Enough about bad romance and hate and war. Music should be easy on the ear."

Hollywood, CA, June 21, 2014- Entering into the music world with a devastating heartbreak, the incomparable Roxanna penned "Unforgotten," a sorrowful but soulful song, threaded with hope for tomorrow. "That song was my therapy," Roxanna notes. "It just poured out of me, and helped me believe all of this happened for a reason." 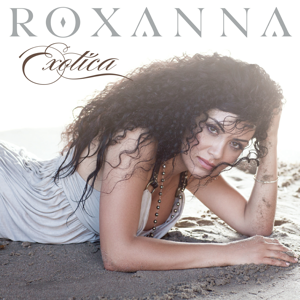 With the introduction to Exotica, lead single "Close Your Eyes" takes you on a personal journey with its dramatic storyline and emotional lyrics, Roxanna's heartfelt message is strongly emphasized by the elegance of her gorgeous vocals. "There is a light at the end of the tunnel, after every storm there is a rainbow, just an overall hope in the end."

Roxanna believes, "Music should bring pleasure, it should be elegant and relaxing. It's all about friendship, pleasure, romance, love and beauty." Roxanna's world of experience is translated through her passion for music and songwriting. She was born in Iran in the midst of an ongoing war with Iraq. As a child, she turned to music for balance and tranquility, religiously mimicking the English-language songs of Olivia Newton-John.

After traveling the world and experiencing both heartbreak and love, Roxanna has teamed up with the best in the industry to release Exotica, a collection of stories that are universal and inspiring.

Roxanna is determined to craft every song and lyric as relatable to whomever will take a listen with the intention to always spread love and healing through her romantic songs and stories. It was while studying to be a nurse that Roxanna witnessed first hand the healing power of music. Roxanna sang each night to a young man battling cancer. When he was released, the man's father said to her, "My son is better because of the way you sang to him." With that, she realized that music, like medicine is a great healer and it was then hat she realized she needed to pursue signing as a career.

For her full-length album, she contacted well-known producer Mark Portmann credited with working with Julio Iglesias, Barbra Streisand, and Christina Aguilera. It was her rendition of Aguilera's "Lift Me Up" that convinced Portmann to bring Roxanna under his wing. And what spawned from their collaboration was Exotica, a seamless, mastered mix of adult contemporary, classic pop, and world music.

Listening through the album, you'll be taken on a journey of love … from the first moment of flirtation to the confidence you find with everlasting love.

Featuring a string of romantic songs including new renditions of The Hollies 1972 hit song, "The Air That I Breathe," and Lionel Richie's 1984 smash hit, "Hello".