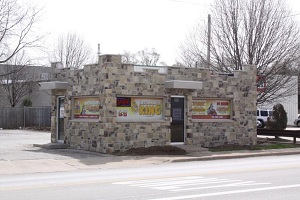 Insurance King has decided to upgrade their location and get ready for franchising in the near future. Insurance King’s castle 0001 will be a floor model for a satellite office system. The 1515 N Rockton Ave Rockford IL 61103 office will have the same number it has had at the Auburn and central office 815-968-(KING) 5464.

Insurance King has had its main office located in Rockford, IL since 2001 and has grown into the entire states of IL, IN, WI, IA, MO, KS, TN, and OH with more states launching soon. Insurance King focuses on low cost auto, renters, and cycle insurance for the good to high risk driver. Insurance King is inviting current customers and previous customers to see the new location which will have new extended office hours Mon-Fri 9am-5:30pm and Saturdays 9am-3pm.

Insurance King wanted to extend the office hours to better serve our customers with the new IL verification act to allow people to make payments and prevent lapses.