New York, NY, June 15, 2015 - Harlem-based roots rock singer/songwriter Kwame Binea, who fronts the Kwame Binea Shakedown, has announced the worldwide digital release of their second single, "Hang On" for Tuesday, June 16, 2015 via CDbaby.com and all their major digital distribution partners including iTunes and Amazon.com. 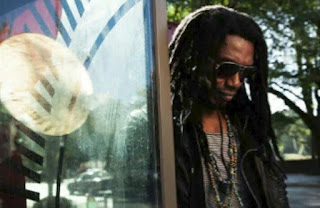 "Hang On" is catchy, upbeat, funk/rock/soul dance song layered with a poignant, hopeful and uplifting universal message that encourages "little brothers to hang on."

The video meshes live performance footage with compelling images that accentuate the broader symbolism and inspiration behind the song. The video was edited by Kate Peterson.

"I really wanted to create an anthem-like track to encourage young brothers to keep their heads up and never stop believing in themselves," explains Binea. "These are tough times and a lot of our young people are a bit lost and aren't getting the level of support they need. So, just trying to give them some of the same kind of positive reinforcement and encouragement I received growing up," he added.

"Hang On" follows the group's debut single/video "Let Go" (released in April). The video was culled from a Kwame Binea Shakedown live performance at the Brooklyn Bowl earlier this year.

Binea grew up splitting time in West London (his birth place) and in his native origins, Ghana. He later moved to Cherry Hill, NJ as a teenager where he started to unearth his artistic aspirations as a burgeoning songwriter/singer/guitarist. While in college he teamed up with guitarist/vocalist Justin Wilcox as a duo, which became the nucleus that spawned the rock/funk collective Kwame Shakedown in Harlem, NY (2011). Over the past several years they have built a legion of loyal fans performing at most of the city's most noted music venues including Joe's Pub, Arlene Grocery, Rockwood Music Hall and Brooklyn Bowl, to name just a few.

The Kwame Binea Shakedown will also be releasing their self-titled debut EP July 17.

View the new video for “Hang On”: https://www.youtube.com/watch?v=MknpsYKwe0I