Hollywood, CA, January 21, 2016 - GRAMMY®-nominated, Sweet Honey in the Rock is gearing up for their upcoming album #LoveinEvolution (out January 22nd) via SHE-ROCKS 5, INC./Appleseed Recordings (distributed by E1 Entertainment). The A Capella ensemble recently released their second single and music video, “Second Line Blues,” available now on iTunes and Amazon. 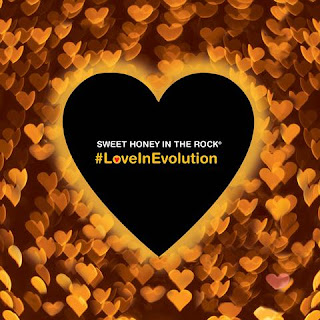 The album’s stark second single “Second Line Blues” with its cryptic snare drum cadence, roll calls the names of innocent people that have fallen victim to murder at the hands of anyone from deranged civilians to police abusing their license to kill. Carol Maillard (who along with Louise Robinson is an original member of the group) states, “Since we started performing this piece, we’ve needed to keep adding names…and sadly, we’ll be adding more before things change.”

Since 1973, this remarkable all women, African- American group has been creating historical and stimulating topics expressed through song, dance and sign language. The ensemble has produced over 20 albums and has interchanged with many vocalists. However, embarking on a new chapter in their musical journey, Sweet Honey in the Rock now includes four core vocalists—Louise Robinson, Carol Maillard (both founding members) Nitanju Bolade Casel, and Aisha Kahlil—plus Shirley Childress (an American Sign Language Interpreter who has been performing live with the group since 1981). One of the early highlights of their 2016 performance season will be Sweet Honey in the Rock’s 34th appearance at Carnegie Hall which will include special guest appearances by highly-regarded violinist Regina Carter and trumpeter Terence Blanchard.

Catch Sweet Honey in the Rock on Tour!