Americana and Blues seeps through this singer-songwriter’s upcoming release, Nightly Suicide, due out March 25th via Growling Moon Records.

The highly anticipated EP is RJ Comer’s second EP release as a solo artist. RJ is previously known as the lead singer of Dance Hall Pimps, a seven-piece blues-rock band. He steps away from the septet and falls back on his roots with a down to earth, pure acoustic sound that showcases the songwriter’s raw emotions. 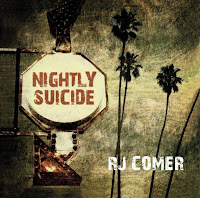 The six song EP highlights RJ’s gritty, soulful vocals along with his impeccable songwriting lyrical skills. This is his most intimate and personal collection of songs dealing with addiction, failed relationships, redemption, and the open road. The poetic lyrics come alive through RJ’s haunting vocals and dark guitar riffs.

The Nightly Suicide EP focuses on RJ’s Blues-based, Americana-Rock influences featuring lead single and title track “Nightly Suicide,” which is his homage to Charles Bukowski—the poet laureate of barflies. The song also illustrates RJ’s early life, which he describes as “a lot of heavy drinking and nightly self-destruction.”

The EP also includes RJ’s upcoming single and music video, “The Moon Ain’t Fallen On Me Yet.” With “Moon” RJ returns to his frequent themes of redemption and survival. The second single is expected to be released in mid-April. 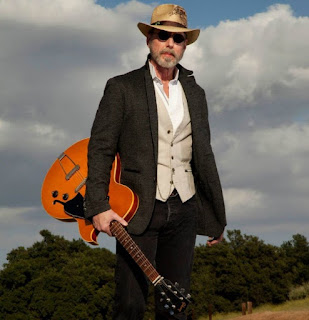 As a performer, RJ has toured as a solo artist from British Columbia, Canada to New Orleans. He just performed four shows in Austin during SXSW week. RJ’s powerful voice, his captivating and emotional live performances, and his infectious songs have garnered fans in biker bars, on Bourbon Street, and in coffee houses and concert halls. Talents as diverse as A.J. Croce, C.C. Adcock, and Grammy-winner Matt Hyde have produced tracks with RJ.