Electronic dance vocalist, Lexxica; known for her dynamic sound and broad range in vocals gets ready to drop her latest single, “Hearts Collide” due out April 22, 2016.

Hollywood, CA, April 21, 2016 - Electronic dance vocalist, Lexxica; known for her dynamic sound and broad range in vocals gets ready to drop her latest single, “Hearts Collide” due out April 22, 2016. This is the second release off of her upcoming EP which will be available this summer.

The rising artist was recently featured as “Artist of the Month” in Raver Magazine. “With her distinct sultry sound fused with melodic good vibes of electro, house and even dubstep, her tracks will make you jump out of your seat and set you free” (Raver Mag, 37). The magazine conducted an interview with Lexxica for its March issue; highlighting her upcoming EP. 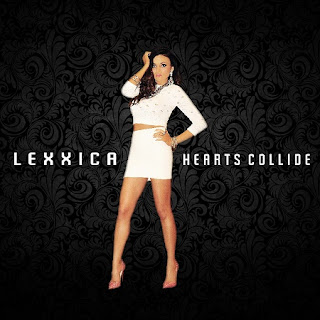 Grammy nominated producer, Rusty Varenkamp produced “Hearts Collide” as well as, the rest of the tracks on Lexxica’s upcoming EP release. Also, Varenkamp and Lexxica worked together to write the lyrics for “Hearts Collide.”

“Hearts Collide” combines an upbeat and high-energy bass with expressive and stirring lyrics. The dreamy synths accentuates the poetic imagery of Lexxica and Varenkamp’s songwriting. “Hearts Collide” describes a love struck feeling; igniting a spark that arises between a love interest. Her belting vocals heighten the thrill and excitement of the song. This track holds a steady and fast tempo bass that emphasizes her electronic sound and positive energy that keeps her fans coming back for more.

Lexxica continues to assert her love for electronic music in each of her releases; “Hearts Collide” carries on the sense of exhilarating passion in both her lyrics and her vocals. “I think you have to get inspired by the music, the lyrics-get lost in the translation of the two, Lexxica continues. “When I get inside the studio, I dance, I move, I light candles all over the studio, and close my eyes, and everything else fades away,” she says.

This talented singer-songwriter continues to incorporate a number of different electronic subgenres, such as house, indie-dance, electro, and dubstep, all skillfully blended into a seamless flow to create a unique and uplifting sound.