Pop Singer-Songwriter Jonathan Cavier to Release New Single, “When You Come Around,” On April 21

“When You Come Around” is the first single from Cavier’s upcoming full-length album, Blue Room.

Los Angeles, CA, April 23, 2017 – Pop singer-songwriter Jonathan Cavier is preparing for the release of his brand new single “When You Come Around” on April 21st, 2017. This is the first single to be released in anticipation of Cavier’s second solo album, Blue Room, which is slated for release May 12, 2017. “When You Come Around,” written and produced by Jonathan Cavier and mixed by Jason Losett, features a delicate combination of atmospheric keyboards and shimmering acoustic guitars. “When You Come Around” is a song about loving someone with all your heart and being willing to do anything for them even if they aren’t always right by your side. Cavier vocals, which are bursting with emotion, are accompanied by light, airy instrumentation, painting a vivid picture of being deeply in love. 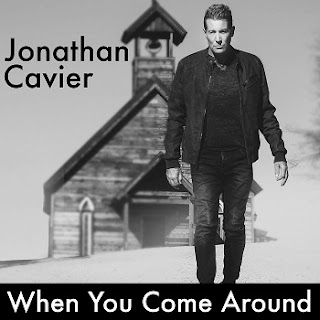 The ten songs on Blue Room follows in the tracks of Cavier’s first solo album Premier to merge his varied pop and rock influences from the 80s, 90s and today into a sound all his own. Extracting elements from a wide range of sounds and unique instruments, Cavier continues to “transport listeners to colorful three-minute worlds” on Blue Room through his composition, lyrics, and eye-catching visual accompaniments.

About Jonathan Cavier:
Originally from Northern California, Cavier (pronounced “cav-AIR”) has been based in Phoenix, AZ for several years and performed for years as Alan Clark in atmospheric pop duo EyeTalk. Over the course of ten years and five albums, this venture saw Cavier’s music reach audiences as far-flung as Italy, the UK, and Australia. After five albums and hundreds of shows played throughout the US, Jonathan Cavier has reimagined himself and has formed a new musical identity on his debut solo album Premier. In addition to his musical endeavors, Cavier is a semi-professional tennis player and a member of the USTA and IFT. Cavier says that practicing and playing in tournaments is like “the fountain of youth.”

For more information, to request an interview, or for a review copy of “When You Come Around” or ‘The Blue Room'