Los Angeles, CA, April 09, 2018 - The unstoppable rockers Dynamos are thrilled to release their next single, “Stainless,” on April 20, 2018 to all online retail outlets worldwide. Their previous singles “Shake, Rattle and Roll” and “Knowledge” have amassed thousands of views each across social media platforms, with fans clamoring for more from the California-based group. Needless to say, the hype is higher than ever for the emerging band. 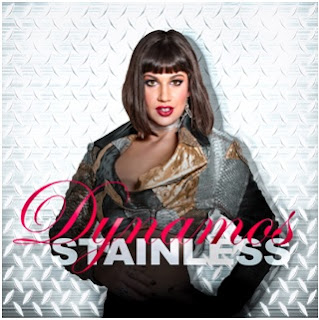 “Stainless” is rock and roll that’s both timeless and forward-looking. It is Dynamos at their strongest, with a steely bassline running through the song that truly emphasizes the power behind Nadia E’s voice.Wasting no time, “Stainless” opens with Ian Nakazawa delivering a jolting drum performance. The rest of the band joins in on the antics, and crackling guitar licks build toward a crescendo, while Nadia demands a partner that can keep up with her. “Don’t run,” she sings, “Come on, son. Don’t fill me with disgust,” further riding the electricity while spinning a wicked tale with the moral, “Learn not to rust.”

On 4/20, “Stainless” invites rockers to join Nadia in Dixieland. Throughout the song, a pulsating drum is a pounding heart, counting down the beats left to accept her offer.

“Get a grip, take a hit,” she sings. On one condition:

The track’s accompanying music video will be released on April 13, one week ahead of the single release. Much like Dynamos’ previous videos, this is a unique performance video, as the studio version of “Stainless” is replaced with the version recorded live during the video shoot.

About Dynamos:
Introducing a contemporary blend of traditional and modern rock music, Dynamos burst into the scene earlier this year with their debut single, “Shake, Rattle and Roll.” With their vibrant, striking instrumentals and passionate call and response, this American rock band intends to share their knowledge and love of music to the masses.