Emerging singer- songwriter, Ferera Swan packs a compelling vocal laced with a ton of emotion. Swan is ready to introduce her artistry and heap of talent withherbrand new single “Second Time,” slated for debut on February 1, 2019. 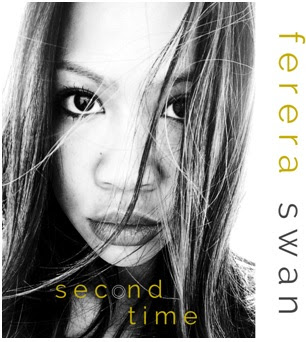 Ferera describes the complexities to adoption in her deeply moving pop ballad. “Second Time” is a song intensely rooted from loss, grief, and love. The track was written for Ferera’s own birth mother after their reunion, where they experienced the loss for each other all over again. The song gently builds with delicate piano melodies that follow Ferera’s impassioned vocals. Swan sings: “how can you say you love someone, you don’t even want to know?” Her voice is layered with such range and texture that embraces this confusion, despair, and tenderness behind the song.

As Ferera discovers her own internal conflicts she anticipates for listeners to do the same, so they can uncover this ongoing journey of healing together. By opening up, she connects with others to encourage their own resolutions.

“By allowing ourselves to be vulnerable, we inspire others to be curious about their own pain, Ferera Swan notes. Together, we spread the kind of love & healing this world needs.”

About Ferera Swan:
Growing up in Houston, Texas, began piano lessons with music theory and ear training at age 3. Three years later she started violin lessons. After learning that she was adopted at age 10, Ferera poured unanswered questions into music, writing her first song at age 12, followed by her first cinematic score at age 14 titled 'Serenity', which was premiered by four orchestras for a turnout of over 2,ooo during her senior year of high school. Her original piece, 'Lighthouse', was featured as a soundtrack in the film documentary, Swim For The Reef, premiered at the Cannes Film Festival in France, 2016. Ferera has also played at notable venues in the South and West Coast including: Austin, Houston, Dallas, San Antonio, Los Angeles, and Santa Barbara. Ferera plans to continue touring in support of her upcoming EP, set for a 2019 release.

Her upcoming record gives fans a brand-new perspective on this artist from the inside out: revealing an intimate collection of messages relevant to all of us, reaching the hearts of all listeners.By inspiring others with her story through music as an artist, adoptee, and a voice for adoptees, Ferera is passionate advocate for raising awareness in the areas of mental/emotional health, trauma education & research, victim abuse, and foster care & adoption.