The Monterey Symphony (MSO), after postponing its entire 2020-2021 season due to COVID-19, has scheduled a series of solo performances highlighting the talents of the orchestra.

Carmel, CA, August 19, 2020 – The Monterey Symphony (MSO), after postponing its entire 2020-2021 season due to COVID-19, has scheduled a series of solo performances highlighting the talents of the orchestra. These 30-minute performances will be live streamed and available to watch on the Symphony’s website and social media. E-news subscribers to the Symphony’s mailings will also have direct access. 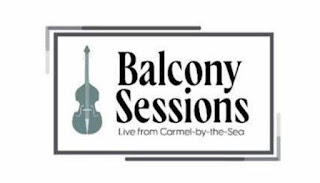 The series kicks off Friday, August 28th at 4 PM with Principal Bass Trombone Will Baker and is sponsored by Monterey Private Wealth.

The first session will take place at Hampton Court (the Symphony’s new offices) at the corner of 7th and San Carlos in Carmel-by-the-Sea. Mr. Baker will perform from a balcony, following all social distancing protocol. Three other solo performances will occur at Hampton, along with three at different venues in Carmel, including Golden Bough Theatre and the Winfield Gallery on Dolores and one in Monterey at MyMuseum. A total of seven solo performances will take place before the end of the year.

“The idea of the solo performer is a pretty spot-on image of the time we’re living in,” said Executive Director Nicola Reilly. “And, we so seldom have an opportunity to showcase our individual players, since we focus on the big orchestra. We really had to adapt and try and bring some music to our community. It’s great to use our office space, and we’re so grateful to the city of Carmel for getting involved and excited about this project. We also wanted to showcase our partner organization venues.”

The Symphony has also partnered with Manzoni Vineyards, also in Hampton Court, so sponsors can attend these sessions. Although no tickets will be sold, sponsorship opportunities are available.

“We wanted to find a way to support our artists, as well as the creative people behind the cameras – videographers, graphic designers, backstage crew,” says Reilly.

Based in the San Francisco Bay Area, Will Baker is one of the most sought after young Bass Trombonists working today. He is the Principal Bass Trombonist of the Monterey Symphony and his musicianship has taken him all over the world, including stints with the San Francisco Symphony, Detroit Symphony, San Diego Symphony, Malaysian Philharmonic, and Burning Man 2018 with the ArtHaus Collective. Before moving to Northern California, Will was the premier bass trombonist in the state of Iowa, performing as the tenured member of Orchestra Iowa from 2013-17 and the Des Moines Symphony since 2014-18. In 2016, while artist in residence with the Southeast Iowa Symphony (SEISO), Will commissioned and premiered a new bass trombone concerto by composer Robert Tindle titled At Sixty Miles An Hour. In 2018, Will premiered the Wind Ensemble arrangement with Travis Cross and the UCLA Wind Ensemble. He is a faculty member of Las Positas College and the Fredericksburg Brass Institute, and is a founding member of the Des Moines Low Brass Triumvirate (DMLBT).