The Monterey County Fair has announced two officers to the Board of Directors of the 7th District Agricultural Association, Teri Short as President and Dan Presser as Vice President.

Monterey, CA, January 28, 2021 — The Monterey County Fair has announced two officers to the Board of Directors of the 7th District Agricultural Association, Teri Short as President and Dan Presser as Vice President. 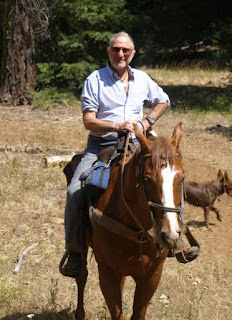 Short, who was appointed by Gov. Jerry Brown to the Board of Directors in March 2017, is the first African-American woman to serve on the board. She previously served as Vice President. Presser is the owner of FourWinds Travel in Carmel and was appointed to the Fair Board by Gov. Brown in 2014.

Short has been a community advocate serving the cities of Monterey County for decades. Her involvement and leadership stems throughout numerous organizations advocating for social justice, income inequality, community organizing, and collaborating with stakeholders to find solutions to improve the lives of our families.

Her career has been in the non-profit, tax, and title industries. She has also spent time as a campaign consultant.

Short has shown a strong commitment to local schools. She served as President of North Salinas High School’s Site Council for 12 years and was a member of the LCAP Parent Advisory, SUHSD Facility Naming, and Curriculum Adoption Committees to name a few. She previously served as President of the Washington Middle School and Laurel Wood Elementary School Site Councils. Short also worked as a Community Educator for Monterey County POSTPONE (now CAPREP), a comprehensive teen sex education program. She continues to be available to work with our youth as a mentor.

Short is the current chair of the East Garrison Community Services District Advisory Committee. She has served in this capacity since she was appointed by former Monterey County Supervisor Jane Parker in 2018.

Short has previously served her community on the City of Salinas Traffic and Transportation Commission, President of the Salinas Valley Democratic Club, and as a Vice Chair on the Monterey County Democratic Central Committee.

Short was born and raised in Monterey County, is the mother of five children, and lives in East Garrison with her partner Michael.

Presser moved to the Monterey Peninsula from Texas in 1989. In Texas he helped in roundups, branding, and rodeoing.

His first broadcasting job on the West Coast was to be one of the KTOM Radio Salinas Rodeo announcers. “The first half of my life I was in advertising,” he says. “Monterey is not exactly the mecca of advertising, so I moved in another direction.”

Presser holds a commercial pilot’s license and that got him interested in the travel business, which led him to FourWinds Travel, a business he loves. The agency’s specialty is African safaris and adventure travel.

“The position is gratifying and at times overwhelming,” said Presser when first appointed to the board. “Kelly Violini, the Fair’s CEO, is fantastic and is the catalyst that really makes the fair one of the best in the country.”

<a href='http://www.montereycountyfair.com'>The Monterey County Fair & Event Center</a> is a premier event center set on 22 oak-studded acres with ample parking. It is a state-owned multi-use facility that features four large banquet rooms, two outdoor concert venues, and a variety of outdoor and indoor cost-effective sites ideal for all types of events. It is home of the annual award-winning Monterey County Fair, host to many major and private events on the Central Coast, and the site of the Monterey Bay Race Place, a Satellite Wagering Facility.