Carmel, CA, October 01, 2014 - Steve McNally, General Manager for Hyatt Carmel Highlands announced today the hiring of Chef Chad Minton as the hotel’s new Executive Chef. “We are fortunate to have a culinary team as passionate about their work as they are experienced and professionally trained,” Mr. McNally says. “And in Chef Minton, we are bringing our dining experiences to the highest levels for our guests. We are proud to welcome a Chef of his stature to the Hyatt Carmel Highlands and our restaurants Pacific’s Edge and California Market.” 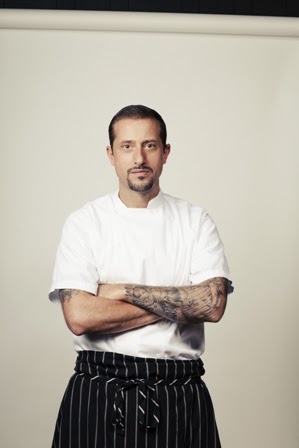 Chef Minton comes to Carmel with an outstanding record of culinary achievement, beginning with the Shoreline Grill at the Four Seasons in Austin, Texas. He relocated to San Francisco where he worked at the Ritz-Carlton under Chef de Cuisine Gary Danko. At that property’s Terrace Room, Minton became intimately familiar with traditional French provincial techniques and cemented his undeniable passion for cooking. His talent earned him a promotion to the Ritz-Carlton Atlanta and was elevated to Dining Room Sous Chef under Chef de Cuisine Olivier Gaupin. Later in his career Chef Minton would return to the Ritz Carlton Hotel Company at their Mobile Five Diamond Marina Del Rey property as Executive Chef earning him the distinction of the only cook in the company’s history to work his way up from Apprentice to Executive Chef. It was here that he achieved every chef’s lifetime goal of earning a Michelin Guide recommendation for his restaurant, Jerne.

Chef Minton’sfirst experience with Hyatt came as Chef de Cuisine at the Grand Hyatt San Francisco. During his tenure there, he was a regular guest of Narsi David’s Cooking Classes at Macy’s Cellar, catered charity events in Napa Valley and San Francisco and conducted private dinners for the Pritzker family and Robert Mondavi. Chef Minton is also proud to have hosted an American Institute of Wine and Food gala dinner where he had the honor of meeting that organization’s esteemed co-founder Julia Child. Chef Minton then assisted in the re-opening of the Hyatt Regency Vancouver property following a twenty-million-dollar renovation in 2002, becoming the Chef de Cuisine at the newly created  Mosaic Bar and Grill.