Northern California song writer Doug Ranno in association with Franklin Street Studios and Redpath® Music, has released a new music album with a team of A list musicians called The Harvesting Crew™.

Ranno releases new version of Part of Me song replacing Vietnam with Afghanistan in the words.

Salinas, CA, October 29, 2014 - Long time BMI singer song writer, Doug Ranno with his band The Harvesting Crew™, in association with Franklin Street Studios, has released his first studio produced and mastered, music album, featuring an A list team of musicians he likes to call The Harvesting Crew™. Some of the musicians have played and recorded with the likes of The Doobie Brothers, The Steve Miller Band, Great American Taxi, Nora Jones, Willie Nelson, Merle Haggard, The Jefferson Airplane, Lacy J Dalton, just to name a few. Ranno has written or co-written 11 of the songs on the album he calls The Musical Harvester® and the music is receiving powerful reviews from California to Nashville. You can see a link below of the band recording a songs from the Musical Harvester™ Album in the studio and the Album is now available at most digital stores including ITUNES. You can also listen to the 13 songs from the album at the Drop Box link location below or by going to Doug Ranno Music on Facebook (https://www.facebook.com/DougRannoMusic) and like the Doug Ranno and The Harvesting Crew™ Band Page to receive a free non downloadable ReverbNation stream of the songs. 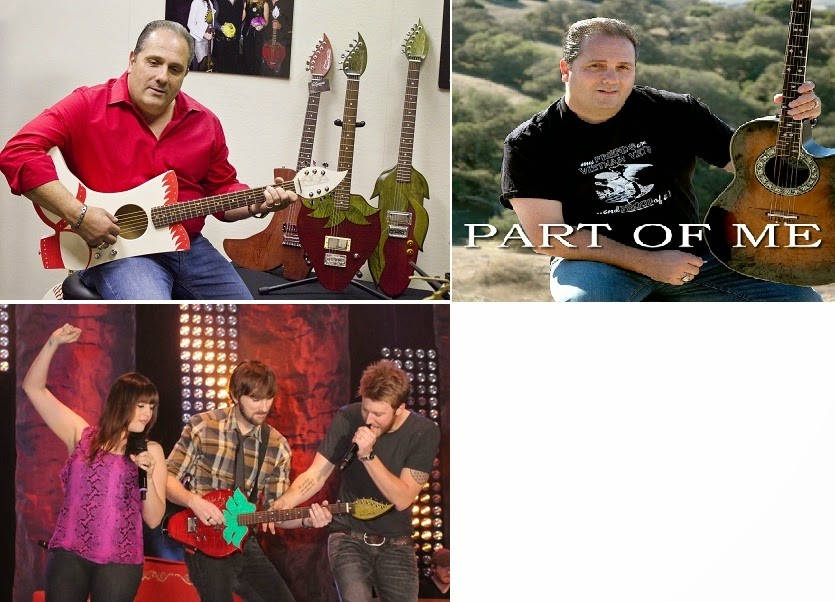 Music Producer Jim Lewin said about the Musical Harvester Album, “Working on the Musical Harvester record has been a ton of fun. We had this amazing group of country musicians to create a backdrop for Doug's rich baritone voice, and then he brought a great collection of songs which touch on various different styles within a modern country and blues context. Some Nashville country, some California country and some Delta Blues mixed in. Feedback on the album has been great.” Jim Lewin, Musician and Producer at Redpath Music.

In addition to being a very recognized agricultural business leader for years in California and Florida, a successful entrepreneur in the fresh produce industry, Ranno has also started Musical Harvest® (WWW.MUSICALHARVEST.COM) a unique custom made guitar business that makes uniquely designed guitars shaped like fruits and vegetables and who knows what else. Musical Harvest® guitars have raised thousands of dollars at charity events such as The Nashville Lifting Lives Foundation, The Florida Migrant Farmworkers Charity, Nashville Sound Kitchen’s We are Building Lives veterans charity, Juvenile Diabetes Foundation, Several children’s Food Allergy charities, School Music programs and numerous community support programs.

Until now, Ranno’s best known musical work was a song written in 1986 titled Part of Me. The song is about the thoughts that run through the mind of a recently returning Vietnam Veteran as he is preparing to get married. Part of Me was a popular 45 record in the late 1980’s and early 1990’s and was used to raise funds to build the Vietnam Veterans Memorial in the Capitol of California, Sacramento California’s Capitol Park. In addition, the song Part of Me was used as background music for the NBC Emmy nominated documentary titled Perceptions (ASIAN AMERICANS IN THE VIETNAM WAR).

Ranno and the Harvesting Crew decided to update the lyrics of the song replacing Vietnam with Afghanistan and it is amazing how the song still works. Ranno said, “It must be some type of message about war. The fact that almost 30 years later the lyrics to this song are still relevant and touch people affected by war.” You can view a video and interview with Ranno about the song recorded at Franklin Street Studios in Monterey California below.

Link to Doug Ranno and The Harvesting Crew’s song Part of Me with New Lyrics and an in Studio interview with Doug about the original song version and why he recorded the new version.
https://www.youtube.com/watch?v=wqNH4zQzo3I

Link to the Original Part of Me song/music video with Vietnam lyrics recorded by Doug Ranno at Sonic Arts Studios in San Francisco California in 1986.
https://www.youtube.com/watch?v=wH-J7PJKi5Y

Link to songs on the Musical Harvester Album
https://www.dropbox.com/sh/0f7yk2g4463nqn8/AABL6cTUflV5wljhi9xEGG64a

The Musical Harvester Album is now available on ITUNES and other fine digital stores www.Dougrannomusic.com

Doug Ranno and The Harvesting Crew will make a few select appearances in 2014 and 2015 to promote the Musical Harvester Album and are expected to do one of those shows as a live internet broadcast. Performance dates will be posted at WWW.Dougrannomusic.com