Ellen has been a part of the film industry for most of her life through the film centre, as a fundraiser and more recently as an actress.

Toronto, ON, September 30, 2014 - Featured in this week’s press release is MAX Agency Toronto talent Ellen Nichols. Ellen has been a part of the film industry for most of her life through the film centre, as a fundraiser and more recently as an actress. I asked Ellen how she got started in the business, 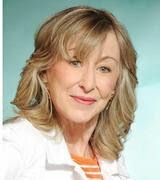 “The only contact I’ve really had with the business was through the film centre. I was their main fundraising person and the construction manager. That was my involvement. I would be asked to step in to do acting for auditions. One day I would be playing a four year old kid and the next an old lady.”

I asked Ellen who she knows in the business and how she met them,

“I ended up being a fundraiser for different charities. The film centre made me a lifetime member and I would speak at events. I introduced Martin Scorsese for The Last Temptation of Christ. I met Robert De Niro in the lobby and escorted him to his seat and another time I introduced Meloche Bohrman. I know Norman Jewison, the actor Gordon Pinsent, Rod Steiger, Liza Minelli and Beau Bridges. I picked up Nicholas Cage and Olympia Dukakis from the airport and took them to their hotel. I met Atom Egoyan and Christopher Plummer when they came to town for the first fundraiser for the Film Centre and I recently auditioned for Atom through MAX for a movie starring Christopher Plummer. I even ate a hamburger with Dennis Hopper.”

How did you join MAX Agency?

“I’ve only been involved in this with MAX because my granddaughter said I should do this. While I was involved with the island airport dispute I was scouted on the street. The scout stopped me and took pictures of me and I remember I had on a fedora, I had on a hat and I gave her my cell phone number. I got a call from MAX Models Toronto and they signed me up and they sent me to the photographer and to an acting class. I had to wait a while because I fell on my elbow and needed surgery so as soon as I got through that I started the acting lessons and they started putting my name forward.”

What acting had you done before joining MAX Agency?

“I haven’t done that many things. For MAX I’ve done a Kevin Drew Video, a retirement video for Riviera, a commercial for Fortnight lingerie so far with MAX. I got the part for a little short film where my character was running off with her ex-boyfriend, I was also in a feature length film and there is another film I’m supposed to be in that hasn’t been shot yet.”

Ellen has more experience in the business than she leads us to believe and she is very optimistic about her future in the business and how things have been so far, “I’ve never made a living as an actor, I sort of fell into this and the more the better. I think if I can just get in the door I can get the part. I’ve been really happy with MAX Agency!”

MAX Agency’s Bookers are currently looking for new Talent! If you are interested we highly recommend visiting maxagency.com and filling out an Application. Wishing MAX continued success in the industry we’re looking forward to the Fall and future press releases featuring individual talent and projects and finding out more about MAX Agency Toronto’s Premier Model and Actor Agency for kid modeling, teen modeling and adults!