Subscriptions for the 2015 Season of four musicals by the multi-award-winning Broadway By the Bay at the Golden State Theatre are now on sale. 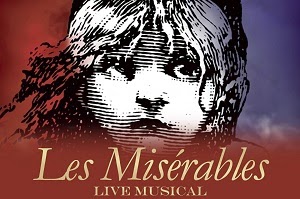 Tickets may be purchased as a discounted subscription or individually on a per-show basis. Each show will be performed at 8:00 P.M. on Saturday with a 2:00 P.M. Sunday matinee performance. Season subscribers can save up to 39% including special discounts for seniors, military and youth. Subscription prices range from $154-$193 (adults), $134-$166 (military) and $111 - $153 for youth for the four-show subscription. Individual tickets are also now on sale.

For tickets and more information about each of the four productions, go to www.goldenstatetheatre.com or call (831) 649-1070. Group ticket discounts are available for also available for 10 or more. There is convenient nearby parking in several City of Monterey parking garages near the Golden State Theatre, in addition to street parking.

About Broadway By the Bay:
Broadway By the Bay, a 501(c)3 non-profit organization, inspires, educates and engages the community and local talent through the power of musical theatre. Broadway By the Bay was established as San Mateo Community Theatre in 1965. They are the only major musical theatre company between San Francisco and Palo Alto producing large scale musical productions on par with those enjoyed in San Francisco, New York and London. They are committed to producing the highest quality shows while maintaining accessibility to the community through affordable ticket prices. In their 50-year history, they have received numerous awards and countless acclamations, but none as valued and important than the continued patronage by the community. They are the resident musical theatre company of the historic Fox Theatre in downtown Redwood City owned by Lori and Eric Lochtefeld and will now bring their productions to the Golden State Theatre in Monterey.

The TBA Awards are designed to honor excellence in professionally oriented theatre through a peer-based, Bay Area-wide adjudication process and over 78 Bay Area production companies are evaluated and 183 submitted productions. More details can be found on http://www.theatrebayarea.org/?AwardsGala

About the Golden State Theatre:
In 1926, a 15,000 square-foot Moorish castle rose on Alvarado Street, to the amazement of locals and visitors alike. A new cinema and live performance venue to rival those in California's largest cities, the Golden State Theatre , which was built by the Reid Brothers, was the definition of an opulent movie palace.

After decades of deterioration, it was faithfully restored to its former glory, featuring an Old World grand lobby and mezzanine, one thousand plush velvet seats, state-of-the-art sound, and the indefinable magic of a truly historic setting. Dana Carvey, The Temptations, B.B. King, Bill Cosby, Willie Nelson, Yes, Patti Smith, Bob Weir and The Smothers Brothers — these are just some of the names that have graced the stage, contributing to the Theatre's new legacy since its renovation and exciting revival. The community is invited to attend a world-class concert or musical at the Golden State Theatre, or host their own special event here, and become part of its new chapter of history.