Music video for “Pearl” to be released on June 13

Los Angeles, CA, June 07, 2016 – Pop singer-songwriter Jonathan Cavier is gearing up for the release of his second solo single “Pearl” on June 17th, 2016. This single will be released along with Cavier’s debut solo album, Premier, which will also be out on June 17th, 2016. On Premier, Cavier blends influences from Duran Duran to David Bowie and Goo Goo Dolls into a sound all on his own. 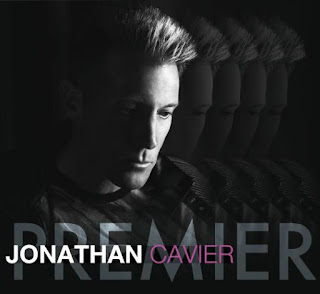 “Pearl” follows Cavier’s well-received debut single “January.” With his signature mix of atmospheric keyboards and bright acoustic guitars, “Pearl” brings to mind easygoing and carefree summer days spent with someone you love. Filmed in Malibu this spring, the music video for “Pearl” features Cavier and will be released on June 13 in advance of the release date for Premier. Brad Wong, the “Pearl” video’s director and editor is an award-winning music video and short ﬁlm director who has screened short ﬁlms at the 66th and 67th Cannes International Film Festivals. Brad also won The Elfenworks Social Justice Category at CMF Hollywood in 2013. Cooper James, director of photography for “Pearl”, is an EMMY award-winning cinematographer and producer.

Cavier's hook filled pop and folk catches your ear and his easy going delivery makes it all the more appealing for the story he is telling. – Rate the Tracks

The twelve songs on Premier merge Cavier’s varied pop and rock influences from the 80s, 90s and today, resulting in a fresh take on pop music. Extracting elements from a wide range of sounds and unique instruments, Cavier hopes to “transport listeners to colorful three-minute worlds,” through his careful composition and thoughtful lyrics.

For more information, to request an interview, or for a review copy of “Pearl” or ‘Premier’ contact: Chip Schutzman, Miles High Productions, chip@mileshighproductions.com, 323-871-4821.