Los Angeles, CA, January 27, 2016 – Pop singer-songwriter Jonathan Cavier releases his latest single “Comes a Moment” on January 27. The song is from Cavier’s debut solo album, Premier, and is currently available to purchase on iTunes and stream on Cavier’s Spotify. 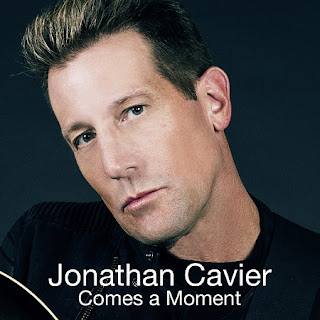 The single is accompanied by a cinematic music video that tells the story of a father realizing that he must let go of his daughter as she grows up and is accepted into college. “Comes a Moment” contains many aspects of Cavier’s sonic thumbprint – from soothing and sparkly acoustic guitars to atmospheric keyboards and Cavier’s catchy melodic hooks. All of this is focused around thought-provoking and inspirational lyrics reminding parents, sons and daughters that certain parts of life’s journey come to an end and at those times “there comes a moment to let go.” Backup vocals on “Comes a Moment” are provided by Wes Hightower, who has worked with Carrie Underwood, Keith Urban, Jason Aldean, and many others.

The video for “Comes a Moment” was directed and produced by Shanice Malakai Johnson. Johnson’s work has appeared at Sundance Film Festival, Cannes Film Festival and numerous other film festivals worldwide. The video was shot in the Phoenix and the Sonoran desert in Arizona. The scenery brings compelling and eye-catching visuals to Cavier’s lyrics which further enhance the story behind his music.

Few young performing artists can lay claim to the sheer variety of compositional and arranging skills that Cavier brings to bear... – Gashouse Radio

On Premier, Jonathan Cavier blends influences from Duran Duran to David Bowie and Goo Goo Dolls into a sound all on his own. The twelve songs on Premier merge these artist’s sounds with other variations of pop and rock influences to result in a refreshing contemporary take on pop music. Extracting elements from a wide range of sounds and unique instruments, Cavier hopes to “transport listeners to colorful three-minute worlds,” through his careful composition and thoughtful lyrics.

About Jonathan Cavier:
Originally from Northern California, Cavier (pronounced “cav-AIR”) has been based in Phoenix, AZ for several years and up until recently was performing as Alan Clark in atmospheric pop duo EyeTalk. Over the course of ten years and five albums, this venture saw Cavier’s music reach audiences as far-flung as Italy, the UK, and Australia. After five albums and hundreds of shows played throughout the US, Jonathan Cavier has reimagined himself and has formed a new musical identity on his debut solo album Premier. Jonathan is also releasing an ongoing series of “Cavier Covers,” which is his own take on songs that have shaped his artistry in meaningful ways. In addition to his musical endeavors, Cavier is a semi-professional tennis player and a member of the USTA and IFT. Cavier says that practicing and playing in tournaments is like “the fountain of youth.”