The Pacific Grove Museum of Natural History has announced that Susan Wolfe has joined the Museum as their Development Director.

Pacific Grove, CA, January 06, 2020 — The Pacific Grove Museum of Natural History has announced that Susan Wolfe has joined the Museum as their Development Director.

Wolfe has 25 years work experience in development and communications for nonprofits, governments, and education institutions on three different continents. She has lived on the Monterey Peninsula for 10 years and has worked for both the Middlebury Institute of International Studies and York School in their advancement offices. 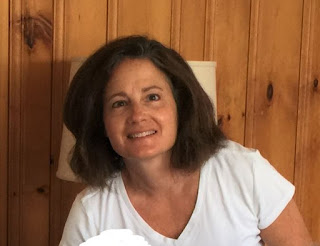 Wolfe lives in New Monterey with her husband and teenage son and enjoys hiking, sailing, and being outdoors.

About the Pacific Grove Museum of Natural History
In 1883, our museum opened its doors among the first wave of natural history museums in America. Naturalists of this era, such as John Muir And Louis Agassiz, began a national tradition of hands-on science education and nature preservation. The museum has continued this tradition for over 130 years. The museum’s mission is to inspire discovery, wonder, and stewardship of our natural world. It envisions a community of curious minds, engaged in discovering the natural heritage and cultural legacy that exist today on the Central California Coast. The Museum is a catalyst for conservation and a valued learning resource in this region, facilitating active inquiry for all ages.