As a child growing up in Mexico, Ricardo Rocha always dreamed of owning his own business and speaking a second language.

Watsonville, CA, January 21, 2020 - As a child growing up in Mexico, Ricardo Rocha always dreamed of owning his own business and speaking a second language.

Years later he immigrated to California, finding work picking berries and landscaping. Not willing to sacrifice his dream and settle for less, Rocha enrolled in night classes at Cabrillo College while continuing to work in the fields. 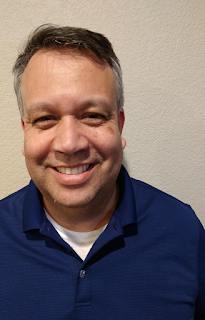 There he found his calling.

“I fell in love with computers and what they could do,” he said.

Rocha eventually opened a small computer sales and service office in downtown Watsonville. But his business knowledge was limited, and he ran into multiple barriers.

In recognition of his success story, CAMEO (a statewide micro enterprise association) bestowed on Rocha one of only two Faces of Entrepreneurship awards given each year.

Rocha did more than succeed in business, he created an entire industry that was previously nonexistent in Watsonville. Through it all RVS became the city’s first-ever company to start from ground zero through the efforts of an immigrant.

Rocha is immensely proud of that, and does his best to give back. RVS employs young people who are just starting their careers in tech, providing them with good-paying jobs, highly sought-after skills, and growth opportunities.

“It’s an industry that is local, provides jobs for local kids, and gives them growth opportunities,” he said. “It’s great to see these kids come forward and succeed in life, and I’m happy to be a little bridge.”

Rocha pays it forward because he knows he found a helping hand in El Pájaro CDC.

“I was very, very naive about all the aspects needed to run a business,” he said. “I was very blessed to find El Pájaro. They have the foundation to help anyone start a business. They give you a basic understanding of finances, teach you how to read a profit-and-loss statement, and what it all means.”

Another challenge Rocha faced surrounded funding. Whether it was his language limitations or lack of a credit history, banks refused to give him a second look. But with the help of El Pájaro, Rocha was able to secure a loan through the Santa Cruz Community Credit Union.

“I had no credibility, I had no history,” Rocha said.

Ricardo’s determination and unwillingness to give up in the face of adversity put him where he is today. But he also knows he couldn’t have done it without help from others.

“If you give someone an opportunity it can change lives, and lead to generations of success,” said Carmel Hererra, executive director of El Pajaro CDC. “To see a journey from farmworker to entrepreneur — many started that way when they came to us — is so rewarding.”