Los Angeles, CA, September 22, 2014 -- Breakout Gaming (BRO), a budding leader in cryptocurrency technology and game development, announced the launch of the first destination for online gaming and digital currency with the support of an all-star roster of sponsored players. 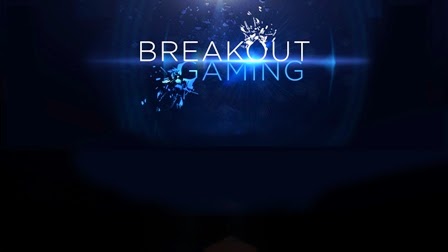 “We are going to shake up the gaming community with the world’s first cryptocurrency that has a dedicated ecosystem for its coins,” said core-partner and two-time back-to-back WSOP champion Johnny Chan. “We felt there was an untouched niche for digital currency enthusiast to play digital games such as Poker, Blackjack, and Fantasy Sports, all while investing in the long-term opportunity of Breakout being the next go-to gaming destination.”

Although the cryptocurrency arena has seen a plethora of new coins, the fundamental flaw comes back to the lack of opportunities to actually spend the coins. Breakout Gaming has addressed this issue head-on with an entire ecosystem for coin investors to use their new currency in an exciting way.

In order to raise awareness and spark mainstream interest for the new Poker destination, Breakout has partnered with some of the World’s greatest players including the legendary Johnny Chan, Huck Seed, Jennifer Harman, Ted Forrest, Todd Brunson, Russia’s Vladimir Shchemelev, and more. Collectively the Breakout Poker Team has won over 38 World Series of Poker Bracelets.

“iGaming and cryptocurrency make a good pairing,” said David Gzesh, leading igaming/cryptocurrency attorney. “Breakout Gaming will be positioned to address both players’ desires for privacy and regulators’ demands to meet both KYC and AML rules. In that regard the BRO Coin launch will present a breakthrough in a layered design.”

“In life, we are always being told to work hard in order to play hard,” said sponsored player and partner Jennifer Harman. “At Breakout Gaming we’re offering the opportunity to have these two sides meet in an intelligently designed investment and gaming platform. It’s like an online gaming playground for the ‘cryptos’ of the world.”

About Breakout Gaming:
Breakout Gaming is headquartered in San Jose, Costa Rica with operations in Las Vegas, Nevada and Los Angeles, California. All of Breakout Gaming channels and its games will be properly licensed and deployed only in “legal-to-play” markets.

Information regarding the preregistration of Breakout Coin’s initial coin offering can be found at www.breakoutgaming.com.