Sankofa.Org Issues Statement Urging Artists and People to Stand up and Demand Social Justice in Ferguson

We at Sankofa.org, along with the rest of the world, have been riveted and dismayed upon witnessing the blatant oppression in Ferguson, MO of people, mostly Black Americans who have attempted to peacefully demonstrate and stand up for the violation of their natural civil and human rights.

New York, NY, September 07, 2014 – We at Sankofa.org, along with the rest of the world, have been riveted and dismayed upon witnessing the blatant oppression in Ferguson, MO of people, mostly Black Americans who have attempted to peacefully demonstrate and stand up for the violation of their natural civil and human rights. Sankofa is deeply heartbroken that yet another black mother and father has suffered the pain and death of their unarmed child as a result of a questionable and unmitigated act of violence. Our hearts go out to all the family and friends of Michael Brown. 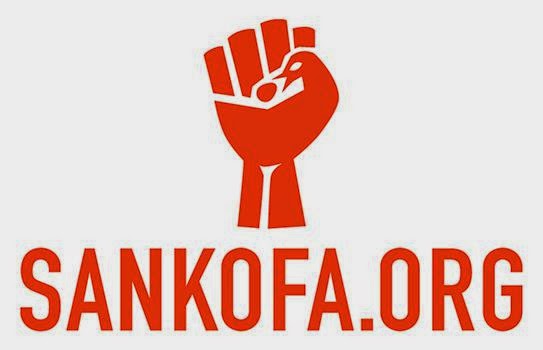 Sankofa.org applauds the courage and bravery of the Ferguson community who have united together and also galvanized a national and international outcry to end the militarization by the police and restore hope and peace in their community.

“We appreciate all the artists and people alike who are heeding our call and speaking out to answer the question, What Do You Stand For?” says Co-Director, Gina Belafonte. One of Sankofa.org’s core missions is to end systemic violence in our society. Sankofa.org believes, like its founder Harry Belafonte, that as a community of artists we must be a counterbalance, a communication channel, to inform, educate, inspire and empower. Sankofa.org intends to do its part to re-ignite the kind of activism that just doesn’t petition for a “more perfect union,” but demands it. As Martin Luther King, Jr., stated succinctly, “Change does not roll in on the wheels of inevitability, but comes through continuous struggle. And so we must straighten our backs and work for our freedom."

Raoul Roach, Co-Director stated, “Although we applaud the move by the Justice Department to open a Civil Rights investigation into policing practices in Ferguson and surrounding communities, we see this as only a first step.” It is now the people’s responsibility to make the “State” (i.e., local, state and federal authorities), accountable to its citizenry, and make it clear that we demand swift action. That demand will only be taken seriously if we make the State uncomfortable in its ability to delay justice and allow oppression to continue in communities like Ferguson.

Sankofa.org is working and building coalitions on the ground in Ferguson and around the country. The organization recently sent artists and activists to Missouri to assess, connect and identify indigenous leadership and work with them to find tactical solutions that will hopefully bring true and lasting empowerment to the Ferguson community. Sankofa.org is also continuing to convene meetings beyond Ferguson to identify meaningful support and resources.

Sankofa.org urges citizens of the United States and the world to join this necessary movement, to be fervently persistent and to let the people’s voices ring loudly and continue to demonstrate for justice. We encourage artists and activists to speak out, organize and use their tools and craft to support communities like Ferguson. We will not end social injustice unless we maintain our vigilance and leverage our political, economic and cultural strength to demand and achieve non-violent and lasting change.

Sankofa is a social justice organization founded by iconic activist/entertainer Harry Belafonte that enlists the support of today's most celebrated artists and influential individuals in collaboration with grassroots partners to elevate the voices of the disenfranchised, and to promote peace and equality. For more information go to: www.sankofa.org