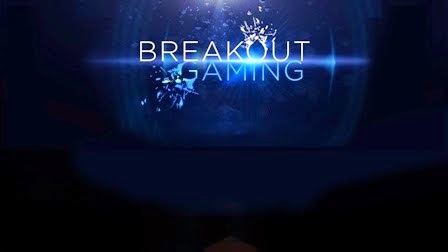 The BRO initial coin offering (ICO) public access and investor information is available via the breakoutcoin.com website. The site will provide a detailed overview on the company’s BRO coin as well as information about several Breakout platforms that will soon be launched for gaming. The site also explains how, when, and where individuals can play on Breakout Gaming and invest in a limited number of BRO coins by exchanging their bitcoin (BTC), beginning October 21, 2014.

“Breakout Gaming represents the biggest dedicated platform ever built to support a new cryptocurrency, Breakout Coin. We’re extremely passionate about delivering an entirely new cryptocurrency experience for gaming on a scale never seen before,” stated Breakout CTO Jay Berg. “Our goal with this new site is to provide the gaming and crypto community with comprehensive information about the coin and the gaming platform.”

When the site launches, users will learn about the specifics of the new BRO and how they can be a part of this exciting new ecosystem. The site will also feature world-class professional poker players supporting the launch of BRO, including the legendary Johnny Chan.

“The supporting players on both our sponsored team and internal team are in place, giving us confidence that this project will truly revolutionize crypto-gaming as a whole,” Berg was further quoted.

About Breakout Gaming:
Breakout Gaming is headquartered in San Jose, Costa Rica with operations in Las Vegas, Nevada and Los Angeles, California.  All of Breakout Gaming channels and its games will be properly licensed and deployed only in “legal-to-play” markets.

Information regarding the preregistration of Breakout Coin’s initial coin offering can be found at www.breakoutgaming.com