Toronto, ON, October 19, 2014 - Meaghan’s education is centered on Journalism and broadcast television and although she has done some acting she is in the midst of preparing to audition for Acting programs a various schools,

“Right now I’m in journalism at Guelph-Humber University. It’s helped me a lot because obviously I wanted to go into broadcast television. It has definitely made me more confident because we get to actually work with the cameras at our school and we get to use the broadcast room. My professors have helped me come out of my shell. Because of MAX it helped me figure out what I really want to do which is acting.” 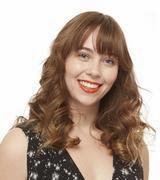 “I am hoping to get into the acting for film and television program at Humber. It’s a practical program so I’d be taking a whole completely new course. I am also applying to other acting programs.”

Meaghan’s enthusiasm for the industry and willingness to do every kind of acting project available to her including unpaid work to build up her reel led me to suggest Randolph Academy which specializes in the triple threat approach of singing, dancing and acting. What experience in the industry have you had so far?

“My internship has helped me. I interned with Bell Media at Space Channel and I got to see the production side of things and I got to help out on the show called Innerspace. I got to help out at the MMVA’s which was great! I was also able to help with CTV Upfronts where they have all the stars come in and pitch what their going to do for the next year. I love the show Vampire Diaries and the guy that played Elijah was there and the girl who plays Penelope from Criminal minds was there. So you really get a behind the scenes look”

Surprised Meaghan is only twenty-one years old and already graduating she went on to talk about her acting experience so far,

With a lot of education and a bit of acting training Meaghan was approached by a MAX Agency Model and Talent Toronto Scout and decided to sign up. How have things been so far and what are your plans for the future?

“I’ve just auditioned with MAX so far. I’ve only auditioned. No parts. I’d love to join ACTRA. But for now I’m willing to do unpaid work for experience and basically ready to audition for anything and get some parts. I’m hoping to get some more experience. I have television broadcast experience but I really want to act.”

MAX Agency’s Bookers are currently looking for new Talent! If you are interested we highly recommend visiting www.maxagency.com and filling out an Application. Wishing MAX continued success in the industry we’re looking forward to the Fall and future press releases featuring individual talent and projects and finding out more about MAX!