Don’t miss the hilarious comedian Dana Carvey appearing at the Golden State in Theatre in Downtown Monterey on November 14th. 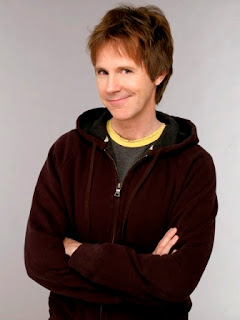 WHAT: Emmy-award-winning comedian Dana Carvey at the Golden State Theatre

From his appearances on seven seasons of TV’s “Saturday Night Live” to his role as “Garth” in Wayne’s World and many other films, Dana Carvey has consistently received accolades throughout the world. Also known for his uncanny impersonations of celebrities and his hilarious stand-up comedy, Dana Carvey is one of the top comedians of our time. This is a not-to-be-missed one night performance at the Golden State Theatre.

TICKETS: Tickets are available now at www.goldenstatetheatre.com, or by calling 831-649-1070 or on the day of the show. Tickets range from $34-$78 .Group ticket discounts are available for 10 or more.

About Dana Carvey:
Emmy-award winning comedian Dana Carvey has maintained an illustrious career. Carvey was born in Missoula, MT. While a student at San Francisco State University, he won the San Francisco Stand-Up Comedy Competition. After his graduation (with a degree in communication arts), he played at numerous clubs in the Bay Area and then moved to Los Angeles in 1981 to pursue his career.

On television, he hosted the 1992 presentation of the MTV Music Awards, co-starred in two pilots and was a member of the Showtime special “Salute to the Improvisation,” with Billy Crystal, Robin Williams and Robert Klein. In 1995, Dana performed stand-up in his own one hour comedy special on HBO aptly named “Critics Choice ****.” In 2008 Dana recorded his second solo comedy special for HBO entitled “Dana Carvey: Squatting Monkeys Tell No Lies.”

Carvey’s transfer from the small screen to the large screen included roles in Alan Parker’s “THE ROAD TO WELLVILLE,” for Columbia Pictures, Richard and Lili Zanuck’s “CLEAN SLATE” for MGM, and Twentieth Century Fox’s “TRAPPED IN PARADISE.” His early film work includes his debut in “THIS IS SPINAL TAP,” “RACING WITH THE MOON,” “ONE OF THE GROUP” where he portrayed Mickey Rooney’s grandson, “BLUE THUNDER” with James Farentino, “TOUGH GUYS,” with Burt Lancaster and Kirk Douglas, and starring in the comedy “OPPORTUNITY KNOCKS.” In 2004, he starred in “The Master of Disguise” comedy fantasy for the whole family which features Carvey in 36 different identities and speaking 14 different languages as the hapless and heroic Pistachio Disguisey.

Carvey won an Emmy Award in 1993 for Outstanding Individual Performance in a Variety or Music Program. He has received a total of six Emmy nominations one of which was for a guest appearance on HBO’s highly acclaimed “LARRY SANDERS SHOW.” Also, he was honored with The American Comedy Award as Television’s Funniest Supporting Male in 1990 and 1991.

The Golden State Theatre is located at 417 Alvarado Street in Downtown Monterey and has many outstanding events coming up in 2014/2015 including performances by The Temptations, four performances of the Cole Porter musical, Anything Goes by the award-winning Broadway By The Bay, Comedian Brian Regan and more. To arrange any interviews, please call Wendy Brickman at (831) 633-4444 or email Brickman@BrickmanMarketing.com. For more information and to be added to their newsletter list, go to www.goldenstatetheatre.com.