"Don't be surprised if your audience is laughing, crying or both at the same time. Saying Sabrina & Craig are a folk act is like saying Babe Ruth was a good pitcher. It's true but it misses the whole picture." ~ Ron Maurer, the Ruth B. Shannon Center for the Performing Arts

Los Angeles, CA, November 23, 2014 - A special Christmas love song, “Tree of Love”, from the singer-songwriter duo Sabrina & Craig is set for this season's holiday release November 11th. This duo has been garnering national attention and loving fans with their heartfelt, soulful, and engaging music and stage presence. Their song “Mine All Mine” has been played on NPR radio and they have made regular appearances at many folk festivals. 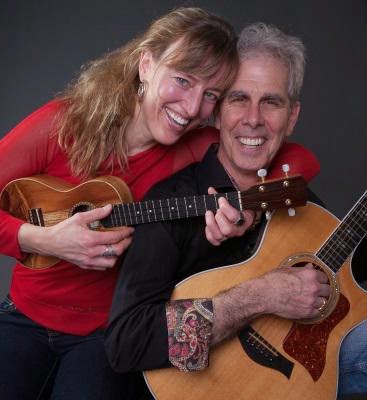 “Tree of Love” is not just one more Holiday song; it’s a beautiful love anthem. The lyrics, instead of depicting the festive atmosphere as most Christmas songs do, tell the true story of the marriage of Queen Victoria and Prince Albert and how their tradition with the Christmas tree became an enduring symbol of their everlasting love. With Sabrina’s tender, yet passionate vocal performance and Craig’s intricate finger-style guitar work, every detail of this lover’s tale is so vividly presented that we can feel Queen Victoria and Prince Albert’s joy, pain, and their faith in love. The addition of sweeping orchestral instruments expands the dimension of the song, and adds warmth and sparkle, enveloping listeners like a warm blanket on a cold winter’s night. This release includes not only the sound recording of this song but also a new music video, which features authentic paintings, drawings, and photographs of Albert and Victoria.

Sabrina has been a performing singer since the age of six, toured Europe with the prestigious Ohio Honor’s Chorale, was Scrooge in A Christmas Carol, and is a member of the Screen Actor’s Guild. Craig picked up the guitar at age 14 and has been playing ever since garnering numerous finger-style awards. Together they have been played on NPR radio, won the 50th Annual Topanga Banjo Fiddle Singing Contest, and were main stage artists and songwriting finalists at the Tucson Folk Festival. They are currently recording their second full-length album, GREEN, which was funded by fans – the GREEN Team -- through a crowd funding campaign and is expected to release in March of 2015.

Sabrina & Craig is: Sabrina Schneppat on ukulele, bass, percussion and vocal, and Craig Lincoln on guitar, harmonica and vocal.