“Fields of Gold” is the third installment in the monthly “Cavier Covers” series.

Los Angeles, CA, October 28, 2016 – In what is now the third song in the “Cavier Covers” series, Jonathan Cavier’s version of the Sting classic “Fields of Gold” is available today. The song can be purchased and downloaded from iTunes, Amazon, and all major digital outlets. The “Cavier Covers” series debuted in August of this year and allows Jonathan Cavier to put his signature twist on a variety of songs that are important to his musical life. Previous covers of “The Flame” by Cheap Trick and “Save a Prayer” by Duran Duran are the first two songs in the series and show Jonathan paying homage to two of his most important influences. 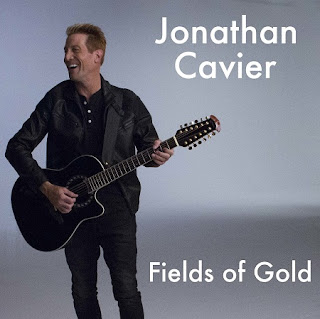 Sting’s iconic songwriting has been a major influence on Cavier’s original material. The release of this version of “Fields of Gold” has allowed Cavier to delve even deeper into examining Sting’s early 90’s sound. While this version is quite faithful to the original, it also incorporates several elements of Jonathan’s original material – including more pronounced acoustic guitar than the original version.

Cavier has also released his music (including his debut solo album ‘Premier’) on Spotify, and is continuing a monthly vlog series revolving around interesting stories about his music, his semi-professional tennis career, and more on his YouTube channel.

For more information, to request an interview, or for a review copy of ‘Premier’ or any Cavier Covers song, please contact: