Oleg Frish, revered for his affable and quirky personality as a popular television talk show host and singer/performer will make his debut live performance at The Iridium, one of New York City’s most respected and legendary venues on Tuesday, November 22, 2016.

New York, NY, October 27, 2016 - Oleg Frish, revered for his affable and quirky personality as a popular television talk show host and singer/performer will make his debut live performance at The Iridium, one of New York City’s most respected and legendary venues on Tuesday, November 22, 2016. His “Swinging into the Holidays” show will feature a world-class contemporary jazz quartet and repertoire that blends a fusion of classic American Songbook, swing and jazz songs. Show time is 8:30 pm. 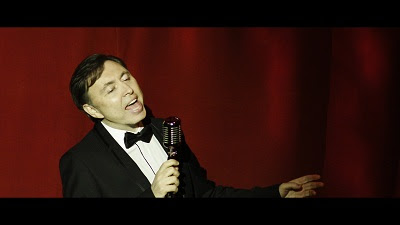 Frish has also announced plans for a couple of surprise special guests who will share the stage with his notable quartet, Allen Farnham, piano, David Ephross, bass, Lawrence Feldman, sax and Dwayne Broadnax on drums. In the spirit of Thanksgiving, he has requested for his guests to bring dry and canned goods that will be donated to the New York Food Bank.

Last year he fulfilled a once in a lifetime dream come true with the release of his latest album titled, “Oleg Frish, Duets With My American Idols," on his own imprint, Time Out Media, (distributed BDG/RED/Sony Red Distribution). The 15-track album featured an introduction by Connie Francis and duets with notable guest artists including; Bobby Rydell, the late Ben E. King, Lainie Kazan, Melissa Manchester, Gary U.S. Bonds, Lou Christie, Peggy March, B.J. Thomas, Tony Orlando, and Chris Montez. He performs several of the songs from the album in his live show.

Frish grew up in the Soviet Union, and after hearing his first American Standard, "Hello Dolly" by Brenda Lee on the radio (at the age of four) he instantly fell in love with the genre. By his early teens, Oleg had memorized over 15,000 contemporary American hit song and artists from The American Songbook that were recorded during what's considered the "Golden Age of Popular Music “(1920 -1960). He also etched in his mind other noted music genres, like swing, rock n’ roll, jazz, rhythm & blues and learned to sing many of them in over a dozen languages.

Next year he will be celebrating his 25th Anniversary as a television talk show host since moving to New York. In 2011, he began hosting his current show, THE FRIDAY NIGHT, a weekly 30-minute format that features one major celebrity guest (taped with Russian voice over). The show is presently broadcast nationally in every state on RTVi (Russian Television International) via several US cable network affiliates. Over his career, he has interviewed some 2000 music and entertainment personalities including; the late James Brown, B.B. King and Donna Summer, Connie Francis, Engelbert Humperdinck, Paul Anka, Marvin Hamlisch, Petula Clark, Gloria Gaynor, Brenda Lee and Vikki Carr, to name just a few.

Frish has continued to build up his live performance resume. Earlier this year, he was featured at the first annual New York Cabaret Festival at the Metropolitan Room, NY, Trumpets Jazz Club in Montclair, NJ, Feinstein’s/54Below, NY, Kozlov Club in Moscow and this summer he debuted in Sydney, Australia at Foundry 616. He’ll close out the year with a return engagement at the Kozlov Club in early December.

Go to: www.olegfrish.com for more information.