“Waiting (Reprise)” is the latest addition to the “Cavier Covers” series and is available now.

Los Angeles, CA, November 18, 2016 – The “Cavier Covers” series continues today with the release of “Waiting (Reprise),” originally by George Michael. The Phoenix-based singer songwriter Jonathan Cavier has put his own spin on the album cut, and his Cavier Cover version is now available on iTunes, Amazon, Spotify, and all major digital outlets. Debuting in August 2016, the “Cavier Covers” series continues to highlight Jonathan’s favorite and most influential musical moments and heroes – from the Duran Duran cover “Save a Prayer” to last month’s release of Sting’s “Fields of Gold.” 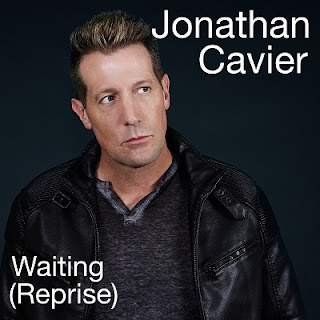 BUY ON ITUNES BUY ON AMAZON

Cavier’s version of “Waiting (Reprise)” is similar to the original while showcasing his unique vision for the song. Cavier says that he has “always loved [George Michael’s] vocal style,” so he honored that style with his faithful vocal takes. However he recognizes that he also “heard this song with a faster tempo and vocal harmonies,” both of which are departures from the original version and help set this latest Cavier Cover apart from the original which appeared on George Michael’s 1990 album Listen Without Prejudice (Vol. 1).

All of Jonathan Cavier’s music, from his debut solo album ‘Premier’ to the latest Cavier Cover, is available to stream on Spotify and he is continuing to post a monthly vlog series discussing everything from a day in the life of Jonathan to stories about the Cavier Covers on his YouTube channel.

For more information, to request an interview, or for a review copy of ‘Premier’ or any Cavier Cover song.