Los Angeles, CA, March 09, 2017 – Roadcase Royale, the new band featuring Nancy Wilson of Heart and Liv Warfield formerly of Prince’s New Power Generation, premieres the live performance video of their debut single “Get Loud” exclusively with RollingStone.com beginning March 8. This video premieres along with an exclusive interview with Rolling Stone and Nancy Wilson about Roadcase Royale and Heart. “Get Loud” will officially be released to streaming and digital retail providers on March 17 and is currently available to preorder through iTunes. “Get Loud,” premiered during the Concert For America live stream on January 20 and a lyric video of “Get Loud” is currently available to view on the band’s official website, http://www.roadcaseroyale.com. 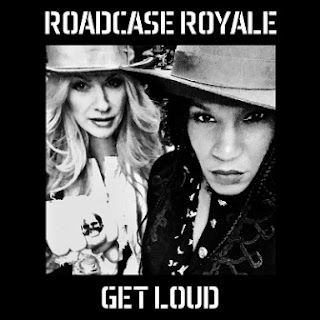 Roadcase Royale’s musical talent shines in “Get Loud.” The song begins with a laid-back groove, providing a solid acoustic and electric foundation for Warfield’s vocals – all about getting loud and standing up for women’s equality. “Get Loud” blends this important message with the groups R&B and rock influences, resulting in a uniquely powerful track. “Get Loud” will take center stage at the fifth annual Rock Against MS Benefit Concert, which will take place on Saturday, March 25th at the historic Los Angeles Theatre. Nancy Wilson will perform songs in an all-star band during the event, and Roadcase Royale is the evening’s headlining performer for the band’s live debut performance.

More about ROADCASE ROYALE:
Led by former Prince collaborator Liv Warfield and Nancy Wilson, co-founder of Heart, ROADCASE ROYALE has a rich background in rock and R&B. Warfield, Wilson, and their bandmates bring their decades of experience from the upper echelon of the music industry to ROADCASE ROYALE, along with a renewed sense of direction and drive. Joining Wilson and Warfield are Warfield’s lead guitarist and musical director Ryan Waters and Heart veterans Dan Rothchild (bass), Ben Smith (Drums) and Chris Joyner (Keys). Each of these members shine in ROADCASE ROYALE with their various sensibilities creating the group’s sensitive, passionate, and driving rock and R&B sound.

More about ROCK AGAINST MS:
The 5th ANNUAL ROCK AGAINST MS BENEFIT CONCERT & AWARD SHOW will be hosted by comedians Bill Burr (Breaking Bad/Date Night) and Craig Gass (Sex in the City/Howard Stern Show). This amazing evening is comprised of comedy, music, art and awards – This special night is to raise awareness and educate the public about multiple sclerosis, while raising money to build the first of many MS resource centers across the Nation and outreach program services. The RAMS Foundation will present seven (7) amazing individuals the Platinum People Award as they honor the humanitarian spirit of extraordinary individuals who have shown courage, compassion, and unselfish character. Renowned artist Joey Feldman, rising-star Max Goldsmith and famed performance artist Norton Wisdom will be hosting an art exhibit of powerful paintings and Giclee prints up for sale, with proceeds going to the Rock Against MS Foundation.

For more information or a review copy of ”Get Loud” please contact: