The Clement Palo Alto has announced the retirement of longtime Executive Chef Pierre Arce after 26 years and the hiring of new Executive Chef Mark Ayers.

Born in France and trained in Europe, Chef Arce was the Executive Chef of the Clement, Sheraton and Westin hotels and had been at the culinary helm in Palo Alto for more than two decades. 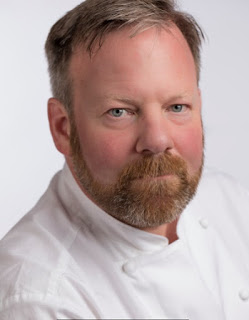 Ayers, who comes to The Clement after two years as Executive Sous Chef at Carmel Valley Ranch in Carmel Valley, California, will also be the Executive Chef of Sheraton Palo Alto Hotel and The Westin Palo Alto.

Ayers comes to The Clement Palo Alto with strong credentials in the culinary field. Prior to Carmel Valley Ranch, he served as Corporate Executive Chef for Coastal Luxury Management in Monterey, which founded and produces the annual Pebble Beach Food & Wine event, as well as award-winning restaurants 1833, Cannery Row Brewing Company, Rose.Rabbit.Lie and Faith & Flower.

In 1992, Ayers graduated at the top of his class at the Culinary Institute of America in Hyde Park, New York, and was voted Most Likely to Succeed.

He was inducted into the Monterey chapter of Les Toques Blanches in 2011; is an active member of the Monterey County Hospitality Association; and was selected Star Chef of the Year by the Monterey Chapter of the American Culinary Federation in 2010.

Ayers' culinary career started as Chef Tournant in 1994 at Park Hyatt Beaver Creek in Beaver Creek, Colorado, where he also served as Chef de Cuisine and Executive Sous Chef through 2002.

He became Executive Chef at the award-winning Pacific's Edge restaurant at Hyatt Carmel Highlands in 2001 through 2010, and helped develop and open TusCA restaurant at the Hyatt Regency Monterey Resort & Spa.