Blending both his love for flamenco guitar and hip-hop, Eric Kamen has created a new-found fusion of world music which he calls “Urban Flamenco.”

Los Angeles, CA, July 31, 2014 – Blending both his love for flamenco guitar and hip-hop, Eric Kamen has created a new-found fusion of world music which he calls “Urban Flamenco.” 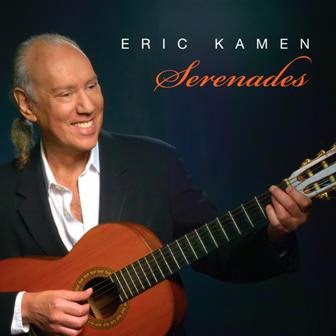 His latest release, Serenades will leave you dancing just like the music video for lead single “The Lost Tribe.” A subtle, relaxing song that draws you in with romantic riffs and a catchy beat, “The Lost Tribe” is just a taste for what’s to come in Serenades.

The accompanying music video, produced and directed by Pola Rapaport and shot by DP Wolfgang Held, is a fresh take and spin on Spanish flamenco music. Shot in a dance studio, four young women take to the rehearsal space auditioning and interpret “The Lost Tribe” with a variety of contemporary hip-hop, urban, and pop dance passages and mirror Kamen’s guitar precise playing.

Following his first successful experimental release, Native Unit, Serenades is an eclectic set of fifteen songs that will transfer listeners to a serene Spanish village featuring other stand-out tracks “A Rose From Russia” and “Red Moon.”

Serenades will be available for purchase on iTunes and Amazon and all major digital outlets on September 2.

Watch the video for “The Lost Tribes”: https://www.youtube.com/watch?v=Ezq6_ktD-3s