Monterey, CA, August 21, 2014 — The 69th season of the Monterey Symphony will astound you with the caliber of its orchestra and internationally acclaimed guest artists. A brilliant range of classical performances will emerge across the canvas of the stages at Sherwood Hall in Salinas and Sunset Center in Carmel-by-the-Sea. The Monterey Symphony announced today that single tickets are now on sale! Season subscriptions are still available, including four-concert mini-subscriptions, and a three-concert FlexPass that allows you to choose concerts up to the day of the event subject to availability. Season subscribers are assured the best seats available, free ticket exchanges, and VIP privileges. Celebrate this colorful season with the Monterey Symphony, along with the 10th Anniversary of Music Director and Conductor Max Bragado-Darman.

The Monterey Symphony’s 69th season opens in October 2014, with an exceptional multimedia performance of Disney FANTASIA – Live In Concert. Audiences will watch stunning footage from the animated film, while classical favorites, including excerpts from Tchaikovsky’s Nutcracker Suite, Beethoven’s Symphony No. 6, and Dukas' The Sorcerer's Apprentice, are performed live by the orchestra. The concert also represents a new collaboration for the Monterey Symphony with the Carmel International Film Festival, offering savings on the best in classical music and film through a joint, season subscription package.

As the season continues, the Monterey Symphony transports you to colorful cities in Spain, the United States, and France in November’s City Lights concert. Trombonist Charlie Vernon from the Chicago Symphony Orchestra stars in Chick ‘a’ Bone Checkout, a work inspired by Carl Sandburg’s Chicago poem; the young musicians of Youth Music Monterey County perform side-by-side with the orchestra in Ravel's Alborada del Gracioso, a Spanish work inspired by his Basque heritage; and concludes with Gershwin’s exuberant An American in Paris. The Spring 2015 repertoire blooms with Spanish pianist, Joaquin Achúcarro, in February, and Icelandic violinist, Judith Ingolfsson, in March. The fifth concert in April, Majestic Realm, alludes to the nostalgia felt for our homeland, with what is certain to be a spectacular performance by violist Roberto Díaz, President of the Curtis Institute of Music and former principal violist of the Philadelphia Orchestra. The season closes in May with a flamboyant, all orchestral grand finale, Invitation to Dance. Without question, The Colors of Music has something for everyone. (Schedule and details below) 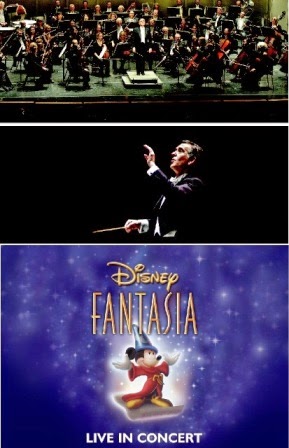 * Pre-Concert Lecture Series: All concerts will feature a free pre-concert lecture at the concert hall one hour prior to the performance. These lectures, provided by Dr. Todd Samra, offer intriguing facts and historical context about the composers and the pieces to be performed, which greatly enhance the concert-going experience. To learn more about Dr. Samra, visit:  http://www.montereysymphony.org/?attachment_id=3832

* Enjoy the best of harmony for your ears, and flavor for your palate, with the Monterey Symphony Supper Club! Share your love of classical music with fellow patrons over three-course dinners and hand-selected wines. Local restaurants that have hosted the Monterey Symphony Supper Club in the past include: Andre’s Bouchée, Il Fornaio, La Dolce Vita, Grasing’s, Gino’s, and Anton & Michel.

* To purchase tickets or a season subscription, call 831-646-8511 or visit http://www.montereysymphony.org/current-season/ for season details.

* The Monterey Symphony presents a kaleidoscopic presentation of Disney’s groundbreaking marriage of symphonic music and animation: Disney FANTASIA – Live In Concert. Magnificent repertoire from the original 1940 version and FANTASIA 2000, including Dukas’ The Sorcerer’s Apprentice, Beethoven’s Symphony No. 6, and Tchaikovsky’s Nutcracker Suite, will be performed while Disney’s stunning footage is shown on the big screen. Experience iconic moments and childhood musical favorites as you never have before! Excerpts from FANTASIA and FANTASIA 2000 (restored HD film clips with orchestra). Presentation licensed by Disney Concert Library ©Disney.

* Lindberg’s Chick ‘a’ Bone Checkout is the highlight of this concert, written specifically to show off Vernon's amazing talent; but this concert offers a chance to hear Gershwin on the same program as Ravel and Debussy, who all borrow elements of jazz in their music. The prelude by Debussy is one of the most important works in the orchestral repertoire.

* Debussy: Prelude to Afternoon of a Faun

* Gershwin: An American in Paris

* Sponsored by: Peter and Jackie Henning

* Rachmaninoff’s Rhapsody is an immensely popular work, featuring the acclaimed talents of Achúcarro, and promises to be a performance not to miss. Dvorák’s Symphony No. 7 is considered by many to be one of the finest examples from the golden age of the symphony.

* Tchaikovsky’s Violin Concerto will be spectacular with Ingolfsson and Maestro Max interpreting one of the most romantically beautiful violin concertos. Sibelius’ Symphony No. 5 is a challenging work from one of history's finest symphonic composers, and Carl Maria von Weber's Overture is simply delightful.

* William Walton was a master British composer whose works reflect a level of complexity in melody, meter, and form that enthralls both listeners and musicians alike. Johann Strauss, the Viennese waltz king, and Prokofiev, the Russian master, are also featured.

* The work on this program that will surprise and thrill is the Ginastera, which may incline our audiences to not sit still...with encore appearances by Weber, Dvorák, and Rachmaninoff, featuring stylized dances of immense beauty and energy.

Contact the Monterey Symphony Box Office at 831-646-8511 or email ticketing@montereysymphony.org to purchase tickets or for more information regarding discounted group, student and military rates.

The mission of the Monterey Symphony is to engage, educate and excite our community through the performance and continual discovery of symphonic music.

The Monterey Symphony, under the artistic leadership of Music Director & Conductor Max Bragado-Darman, is the only fully professional, full-season orchestra serving the communities of the Monterey Bay, Salinas, Salinas Valley, Big Sur, and San Benito County. It provides triple performances of a six-concert subscription series at Carmel’s Sunset Theater and Salinas’s Sherwood Hall, as well as youth education programs that include visits to classrooms by musicians and culminate in full-orchestra concerts for schoolchildren.