'While I never in a million years intended this to be a political statement, one can't help notice that music from around the World, from the US, from Asia, Europe, the Middle East, Africa can all work together so well that it cannot be overlooked! In the end, we are all the same!'

Los Angeles, CA, August 22, 2014 – Raw, natural talent with complete originality is what you can hear from the very first pluck of Eric Kamen’s signature modern take on traditional flamenco music. 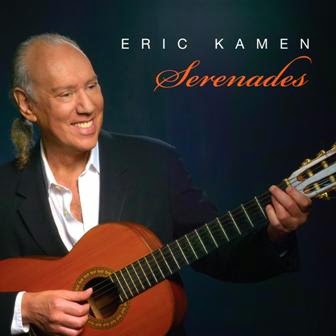 A former New York City wall street executive, Kamen moonlighted as a hip-hop producer and became a multi-instrumentalist at a young age influenced by world music – this led to him creating and collaborating on unique projects with emerging rappers. His new-found fusion of flamenco guitar blended with hip-hop beats was electric and sparked interest in a mass following on Myspace when Kamen first uploaded his experimental side project and debut release, Native Unit.

Though world music and his European travels were a big impact on his signature Urban Flamenco style, Kamen’s teenage years spent in New York City idolizing rock and pop bands of the 1970’s built his repertoire from the musical melting of the city playing shows at the famous Café Wha in Greenwich Village.

With his latest release, Serenades is a current sound that is the perfect amount of dramatic beats and gypsy flamenco guitar that will leave you dancing and feeling good about the music. An eclectic set of fifteen songs, Serenades is the fitting soundtrack to a relaxing night, transferring listeners to a serene Spanish village. Featuring lead single “The Lost Tribe,” and stand-out tracks “A Rose From Russia” and “Red Moon.”

Serenades will be available for purchase on iTunes and Amazon and all major digital outlets on September 2.

For more information on Eric Kamen and his new release, “Serenades,” please visit his official website at: http://erickamen.com/.